Introducing measures such as simpler fares structures could help entice more passengers back to using buses, according to a new report. 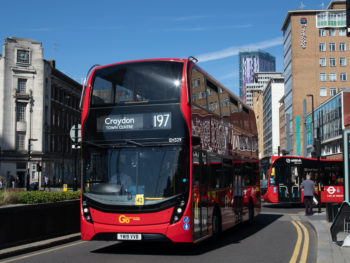 The report said simpler fares structures may help to attract passengers, such as zonal prices or a multi-ride/multi-operator ticket or contactless bank cards

The paper on ‘Factors affecting local bus demand and potential for increase’ from the Chartered Institute of Logistics and Transport’s (CILT) Bus & Coach Policy Group reinforces reports of ongoing declines in passenger numbers.

Between 2004/05 and 2018/19 there were significant passenger number reductions of more than 20% in Wales, Scotland and England’s metropolitan areas, while in London and in the English counties’ passenger numbers had increased.

However, variations exist, with southern England cities such as Brighton, Bournemouth and Bristol, and in Scotland, Edinburgh, seeing growth in bus use. In Wales, the TrawsCymru interurban bus network bucked the overall trend with an increase in its passengers from 0.473 million (2007/8) to 2.033 million (2018/19).

But it adds that simpler fares structures may help to attract passengers, such as zonal prices or a multi-ride/multi-operator ticket or contactless bank cards.

Previous: Tusker CO2 hits new low on back of rising fleet demand for EVs
Next: UK to slash emissions by 78% by 2035 under new climate targets