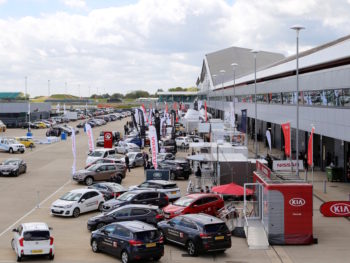 Silverstone is host to a variety of events, from the Formula 1 British Grand Prix to Fleet World’s annual Fleet Show

As well as being home to the Formula 1 British Grand Prix, Silverstone also hosts many other high-speed events throughout the year and runs a 200-strong fleet. This mostly comprises commercial vehicles, including 4x4s, which are used for purposes ranging from fire tenders to fast-response ambulances, VIP transport, and support for on-site catering across its 600 acres. It also has a fleet of high-performance cars including Aston Martins and Ferraris.

Maintenance of this diverse fleet is carried out by an onsite workshop headed up by Jamie Nile, and the team face key issues with safety, compliance and cost.

As such, Lee Thomas, finance, procurement & contracts manager, researched the market for a system that would provide an end-to-end defect management system as well as complete visibility over all aspects of the maintenance operation. He settled on Assetminder, which proved user-friendly and quick to deploy while also bringing significant benefits in terms of efficiency.

Technicians now complete inspections and job cards on their tablets, using the camera to take photos of defects where required. Defects picked up during the inspection can be added to a job card on the same tablet for immediate attention. The completed repair automatically updates the vehicle history file.

With Silverstone completing up to 10 different types of inspections for its diverse fleet, the Assetminder inspection app also brings benefits by simplifying the process significantly through pre-configured inspection sheet.

“The cost savings that can be achieved from this aspect alone will pay for the Assetminder system twice over,” commented Lee Thomas. “Assetminder has optimised our technicians’ time and increased our workshop efficiency.”

Previous: VRA to explore hybrid and electric vehicle remarketing challenges
Next: Pedestrians and cyclists should have priority on new roads, says NICE