What Car? has revealed its shortlist of 48 vehicles for this year’s Car of the Year title. 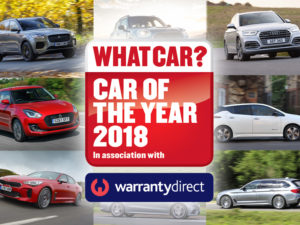 Whittled down from an initial long list of 100 vehicles, the list covers categories from city cars to luxury vehicles and includes new launches likely to find particular favour with fleets including the Nissan Leaf, Alfa Romeo Stelvio, Citroën C3 Aircross and SEAT Arona. In total, more than 15 SUVs feature, reflecting the explosion in popularity of the sector.

Vehicles will now battle it out for the overall Car of the Year award, with category winners and overall winner of the awards to be announced on 23 January.

Previous: Four in 10 motorists using dangerous tyres
Next: Vehicle break-ins on the rise