Fleet Assist is urging the fleet industry not to panic over a potential ‘no-deal’ Brexit as its research suggests spare parts supply from motor manufacturers, suppliers and independent chains won’t be hampered in the short term. 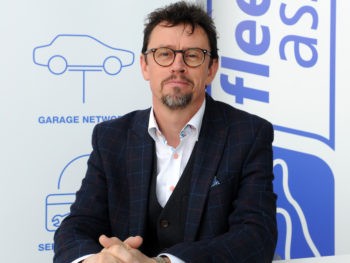 Last month the European motor industry warned of the “catastrophic consequences” of the UK leaving the European Union without a deal. If World Trade Organisation (WTO) tariffs are applied, new car prices could rise by 10%, commercial vehicles by up to 22% and vehicle components by up to 4.5%. Such a scenario could also see the collapse of the industry’s ‘just-in-time’ business model, resulting in delays in the import of vehicles and components, all adding to fleet operating costs.

However, although it’s estimated that some 80% of replacement car parts fitted to British cars are imported, with almost three-quarters of those coming from European Union-based suppliers, a survey by Fleet Assist – a leading supply chain management specialist to UK contract hire and leasing companies and rental firms – found that almost all component suppliers said they had stockpiles at warehouses and distribution centres.

Motor manufacturers typically reported that they had an “increased volume of parts”, with many reporting that they had sufficient supply for “several weeks”. What’s more, some have gone further advising that they had “increased stockholding levels by an additional six months until the position is clarified post-Brexit”.

In the medium to long-term, organisations surveyed by Fleet Assist said they would take “whatever action is necessary to protect our business customers, and other partners, to minimise disruption and ensure continuity”. However, some added: “There remain many factors that are outside of our control. Therefore, it is impossible to guarantee that we can mitigate against every eventuality and unintended consequence resulting from a ‘no deal’ exit from the European Union.”