September brought an end to three months of rising fuel prices, but diesel drivers are still paying significantly more than they should be. 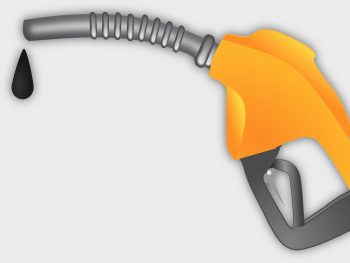 The RAC says diesel is overpriced at the moment

The average price of fuel sold by the big four supermarkets also remained static, at around 109p a litre and 114p for diesel.

But the RAC warned that it wasn’t all cause for cheer. Its dat shows there was a slight rise in motorway fuel prices; petrol was up 2.57p a litre to an average of 126.72p across all sites and diesel went up 1.83p to 131.14p.

And more importantly, it warned that diesel’s average forecourt price is actually 3.5p more expensive than petrol’s despite the fact that the wholesale price of diesel has been lower than petrol for six weeks. Its analysis shows diesel could be sold by the lowest cost retailers for around 110p a litre on forecourts, still allowing for a 5p retailer margin – in stark contrast to the current 11p a litre.

Fuel prices are also up on their pandemic lows, but prices are still dramatically cheaper than they were at the end of January when petrol cost 128p and diesel 132p – that’s 13p and 14p respectively.

Calling on retailers to lower diesel prices to “restore drivers’ trust”, RAC fuel spokesman Simon Williams said: “Diesel drivers should feel short-changed by the decision of retailers to keep prices artificially high. The price of a litre is currently 8p higher than it should be due to reductions in the wholesale price. In fact, the wholesale price of diesel has now been lower than the petrol equivalent for six weeks, yet petrol continues to be sold for 3.5p less than diesel. This must surely be difficult for retailers to justify.”

Williams also said fuel prices could drop in the coming weeks, driven by reducing demand for fuel as more coronavirus restrictions re introduced.

“The price of oil has already dropped back to below $40 for the first time in two weeks as the increasing number of Covid-19 cases dampened traders’ demand forecasts. This coupled with a higher than expected output of oil from oil producer group OPEC could lead to lower prices on the UK’s forecourts in the coming weeks,” he explained.