Volvo is expanding the electrification of its XC40 compact SUV with a new plug-in hybrid and the ending of diesel model sales. 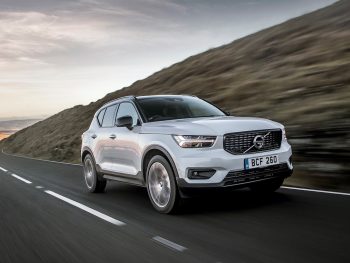 Arriving ahead of the early 2021 launch of the fully electric XC40, the new XC40 Recharge Plug-in Hybrid T4 joins the existing Recharge Plug-in Hybrid T5 while the range also gains two new mild hybrid petrols. At the same time, Volvo has stopped sales of its diesel XC40 models – part of plans announced two years ago to phase out diesel engines from 2019.

It uses a 129hp 1.5-litre three-cylinder petrol engine and an 82hp electric motor with seven-speed automatic transmission and front-wheel drive. The 10.7kWh rechargeable lithium-ion battery provides an all-electric range of up to 27 miles – enough to carry out typical commuting journeys zero-emission.

It also offers fuel economy up to 134.5mpg and CO2 emissions from 47g/km and (WLTP Combined cycle data). As such, it attracts a 12% BiK rating, making it an attractive proposition for business/company car drivers.

In addition, Volvo has added two new mild-hybrid petrol versions to the XC40 line-up in the form of the new XC40 B4 and B5. The 197hp B4 comes with front- or all-wheel drive, and the 250hp B5 is exclusively with all-wheel drive – both have an eight-speed auto as standard.

Both feature a 48-volt battery to support a 2.0-litre petrol engine. A kinetic energy recovery system and an integrated starter generator add to the overall efficiency.

In the longer term, first UK deliveries of the new XC40 Recharge Pure Electric P8 are scheduled for early 2021.