Second-gen Toyota Safety Sense package to roll out from January

Toyota is to roll out the second-generation of its Safety Sense active safety package from 2018, with new and upgraded features. 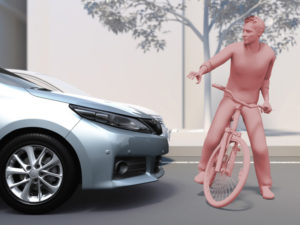 Available on new models being launched from next year in Europe, Japan and North America, the technology includes an upgraded version of Toyota’s Pre-Collision System autonomy emergency braking with an urban function, which operates between speeds of approximately 10km to 180kph (6-11mph) and can detect vehicles in front and reduce the risk of hitting them in the rear. Up to 80kph (50mph), it can also detect potential collisions with pedestrians and cyclists.

The upgraded technology also brings a new Lane Tracing Assist function, that keeps the vehicle in the centre of a lane by assisting the driver in steering control when using the Adaptive Cruise Control, and features an upgraded Lane Departure Alert system. Other features include Road Sign Assist and Automatic High Beam.

The first-generation technology has already been to around 92% of vehicles in Europe since its launch in 2015.

Commenting on the announcement, Matthew Avery, head of research at Thatcham, said: “I commend Toyota’s introduction of the latest generation of safety technology and the fact that it includes AEB largely as standard. It’s also good that it includes adaptive cruise control – obviously this technology has been in the market for a long time but it tends to be more on premium vehicles. It’s not only a good comfort feature but it’s also a safety feature – with visible benefits that drivers like, and it’s a step towards automated driving.”