SEAT will no longer offer optional extras across the model range, aimed at simplifying the ordering process following positive pilot on the Arona compact SUV. 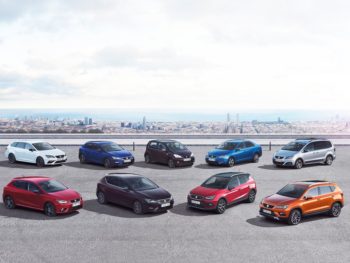 Easymove ordering is now offered across the SEAT line-up

The Easymove range structure means customers will have three choices when they order, comprising an engine, trim and colour, while metallic paint will be offered as a no-cost option. It’s hoped that this will make it easier for customers to choose, while also overcoming some of the complexities around the new WLTP test cycle, which can generate different CO2 emissions and fuel economy figures depending on the options fitted to a car.

Richard Harrison, director of SEAT UK told Fleet World at the Geneva Motor Show that the simpler ordering process was another way that the company was looking to create awareness in part by differentiating itself from the competition, adding that it had meant dealers were able to access stock quicker than they had before.

The Ibiza, Leon, Arona and Ateca will be offered in SE, Xcellence and FR trims, with up-specced SE Technology, FR Sport and Xcellence Lux versions, while the Mii, Alhambra and Toledo will have a more compact version of the same trim structure. As part of the model change, the three-door Leon SC and Mii have been deleted from the range, meaning SEAT now only sells five-door hatchbacks and SUVs.

“Everyone used to think that having loads of choice was a good thing, but in fact people find it really difficult to understand all the permutations and options when buying a new car. We realised it was time for a change and that if we can help people get to what they want in an easier way, then they will enjoy the experience more,” said Harrison.