SEAT has grown its true fleet UK sales by 54% year-to-date. 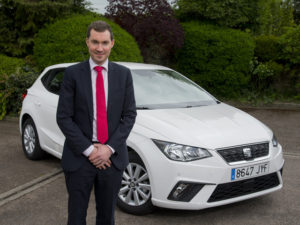 The carmaker claims to be the fastest growing manufacturer in the channel. Seat says it is the 13th most popular brand in fleet this year, having climbed from 19th at end-2016.

The new Arona crossover model, Ibiza and Ateca mid-sized SUV are each credited with the company’s growth in the fleet sector.

Leasing procurement specialist, Ebbon-Dacs, also reported a huge rise of 83% in demand for SEAT, with orders from its corporate customers via its Leaselink tool (a platform used by leasing companies to procure vehicles for corporate customers).

Graig Gibbin, Director at Ebbon-Dacs, added: “When we were preparing a set of industry statistics to present at our annual customer conference, the growth in SEAT orders instantly stood out. This growth propelled SEAT from 18th to 10th in the total number of orders, across all manufacturers, processed through Leaselink in the last 12 months.”