SEAT is to introduce an urban electric vehicle to market in 2025, priced from around £17,000-£21,000 and intended to make e-mobility accessible. 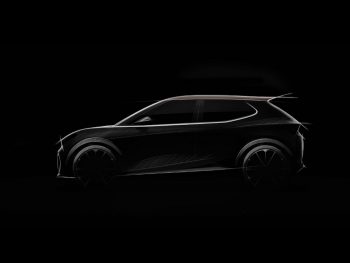 Announced at the company’s Annual Press Conference, the new Arona-sized model will debut either under the SEAT or the Cupra brand and will be rolled out across the group. SEAT’s Technical Center in Barcelona will again taking the lead on development, as with the El-Born hatch, which has since morphed into the Cupra Born and will launch at the end of this year.

The plans for the new urban electric vehicle were announced at SEAT’s annual press conference as the company also announced that the 306hp Cupra Tavascan electric SUV-coupe concept first revealed at the 2019 Frankfurt Motor Show will join the Cupra range in 2024 as the brand’s second fully electric model, following the arrival of the Born.

“Our dream will come true: the Cupra Tavascan will be a reality. Based on the MEB platform of the Volkswagen Group, it will be designed and developed in Barcelona and will reach Europe and overseas markets in 2024,” said SEAT president, Wayne Griffiths.

SEAT added that the production of urban electric vehicles in Spain from 2025 is a key pillar of its new Future Fast Forward strategy, with an ambition to produce more than 500,000 urban electric cars per year in Martorell from this date, including for the wider Volkswagen Group. The project also envisages creating an electric vehicle ecosystem, stimulating demand and developing public charging infrastructure.

The company also outlined how the Cupra brand will play an important role in boosting the company’s financial results in 2021. Cupra’s forecast is to double its sales and more than double turnover, which in 2020 amounted to around €900m (£775.3m). The plan is for SEAT SA to return to profitability in volumes to pre-Covid levels.

Griffiths continued: “Key levers to achieve profitability in 2021 will be an increase in the PHEV mix and the launch of the fully electric Cupra Born, which will enable us to achieve our CO2 targets. On top of this, we will put our attention on reducing overheads and on revenue management, by focusing on the most important markets and channels.”