SEAT has launched a new Tarraco variant that teams up front-wheel drive with a seven-speed automatic gearbox to provide a lower-emission option for fleets. 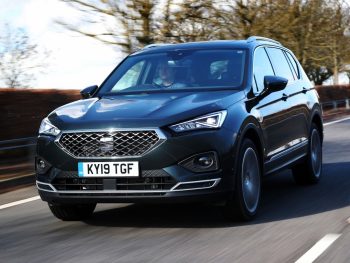 Until now, SEAT’s largest SUV has only been available either in front-wheel drive paired with a six-speed manual gearbox, or in 4Drive all-wheel drive configuration married up to the seven-speed DSG automatic transmission, but the introduction of the new model, featuring the existing 1.5 litre 150PS petrol engine, marks an expansion of the range.

It’s aimed at company car drivers who don’t require all-wheel drive technology and brings NEDC Correlated CO2 emissions from 133g/km and fuel consumption of 35.3mpg based on the Test Energy Low WLTP test cycle. It also offers a 0-62mph time of  9.5 seconds and a top speed of 123mph.