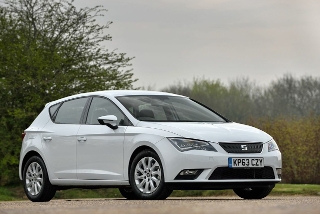 The Leon topped a list of more than 260 cars tested by the team, managing 63.2mpg.

The What Car? True MPG data team of experienced engineers test-drive vehicles over a variety of roads, including motorway, A and B roads and through towns and villages, in order to give a real-world view of MPG figures, rather than the government-approved official figures.

Since launching its True MPG initiative in 2012, almost 500 cars have been assessed in real-world conditions, using leading-edge test equipment.

The Vauxhall VXR8 was the least efficient overall, followed by the Porsche Cayenne Turbo, recording just 19.5mpg and 20.7mpg respectively.

SEAT head of fleet and business sales, Peter McDonald said: “With its striking style, great driving experience and impressive residual values, the Leon has won plenty of plaudits in the last couple of years. Now, to come out on top of over 260 other cars in the UK for real-life fuel economy is an absolutely superb result and makes our best-selling-model’s whole life cost argument even more compelling. It’s also testament to the high levels of quality and technology which underpin everything we do at SEAT.”

The most efficient vehicles tested over the past 12 months