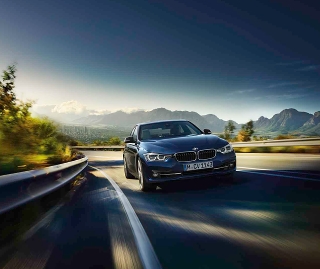 There will be ten places up for grabs on a first-come, first-served basis for drivers and co-drivers. The lucky contestants will all participate in five identical BMW 320d ED Sport  models and attempt to complete the 300-mile course under normal driving conditions using as little fuel as possible.

Those company car drivers keen to show off their skills and take up the challenge of becoming the UK’s ‘most efficient fleet driver’ should contact the organisers, Fleet World, at [email protected] or by phoning 01727 739160 as soon as possible.

“We thought the idea of a competition within a competition to find the country’s most efficient fleet driver would resonate with company car drivers, and give them every chance to demonstrate their lean driving skills,” said organiser Jerry Ramsdale, publishing director of Fleet World.

This year’s event, which, in its 15th year, is being sponsored for the first time by Barclaycard Fuel+ in association with TMC, takes place on Tuesday, September 29 and Wednesday, September 30.

Entries are coming in at a steady rate, and Ford, Peugeot, Renault, Citroen, Honda, Mazda, Kia and Jaguar are amongst manufacturers who have confirmed they will be entering their very latest models.

Drivers who have already entered include Ben Wilson, this year’s ‘Patrol of the Year’ from sponsor, RAC, who has entered in the new Mercedes Vito van that he uses every day in the course of his patrol duties, complete with a full load of 500 parts and tools.

Wilson, 37, fought off nearly 1,500 colleagues from all over the UK to win the coveted title, after coming second last year, and will be taking part in the new Vito 116 Long which bears the personalised registration plate, P1 RAC.