By Natalie Middleton / 1 week ago / Latest News, Today in Fleet / No Comments

More than 25,000 people now belong to pay-per-drive car clubs in Scotland with memberships more than doubling in the last three years. 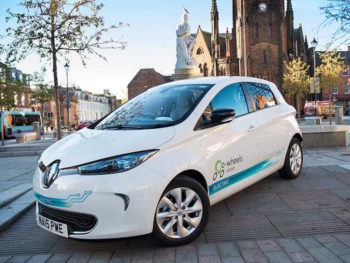 The report has been published by CoMoUK, a charity that promotes the environmental, economic, health and social benefits of shared transport for the public good.

Car club cars have undertaken a total of 4.2 million miles during 2019/20, and by making these journeys in a car club vehicle rather than a private car, 354 tonnes of CO2 has been saved.

“There is an urgent need to enact the Scottish Government’s own priorities, as set out in the National Transport Strategy, which identified single occupancy, private car journeys as one of the biggest contributors to transport emissions.

“With increasing public concern about the climate crisis there is a growing recognition that we need to take radical action now to cut transport emissions and shift more journeys to more sustainable modes – and car clubs are a huge part of this.”

Previous: Drivers told to be on full alert for children near roads as schools close
Next: Manheim and BCA go online-only for auctions