The UK Government needs to ‘get its act together’ with regards to company car tax policy, a prominent tax expert has warned, adding that it has become an unprecedented mess. 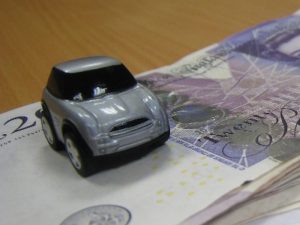 HMRC has made a U-turn to correct an ‘anomaly’ with salary sacrifice taxation announced last year.

Following ongoing tax hikes for fleets and unclear forward plans, this summer has also seen the Government do a ‘U-turn’ on its already controversial taxation of salary sacrifice.

HMRC confirmed to Fleet World last year that the recently introduced Optional Remuneration Arrangements (‘OpRA’) legislation would only apply to the amount sacrificed for the car itself and other services, such as insurance and maintenance, would not be included in the calculation. However, an announcement in July has reversed this as the Government looks to correct an “anomaly”.

The change applies from April 2019 to all vehicles provided under OpRA and is “being made to ensure the rules work as intended”, according to a government spokesperson. The move is expected to bring increased costs for some drivers although others  will not be affected as the Benefit in Kind figure is already higher than the sacrifice amount.

Commenting on the change, fleet industry expert Professor Colin Tourick said: “In my 40 years in the fleet sector I cannot remember any time when tax policy was such a mess. The government really needs to get its act together. We accept that they need to raise taxes but as citizens we can only to make major decisions if we have a full understanding of the tax consequences. The current mess and now this U-turn reaffirm that the government has failed to understand this important part of the economy.”

Tourick’s comments come as Fleet World launches a petition to help raise Government awareness of the problems facing the industry. Open to drivers, operators and decision-makers, the petition calls on HMRC to reform Company Car Tax for diesel and ultra-low emission vehicles, and runs alongside Fleet World’s campaign to save the company car, which launched in July arguing that the industry needs a clear direction of travel with regards to taxation, incentives and clean air zones to avoid further decline.

The petition takes a couple of minutes to support, and can be found here: https://petition.parliament.uk/petitions/227018