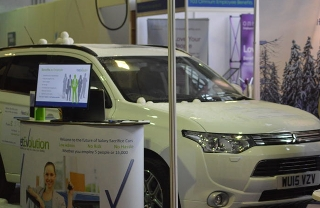 So says Fleet Evolution, which is highlighting that many hybrid and electric vehicles on salary sacrifice schemes are up to 45% cheaper than retail options, helped by the company's buying power and tax savings.

In addition, the firm’s research has also found that salary sacrifice cars typically reduce the CO2 output of employees’ motoring activities by up to 42% (both at work, and on private journeys) as salary sacrifice schemes are structured to reward those who chose lower emission vehicles.

According to a recent survey, 61% of drivers ordering cars through salary sacrifice schemes are more interested in electric and hybrid models.

Finally for fleets concerned about the fallout of the diesel emissions scandal and any impact on resale values, the residual value risk on vehicles on the Fleet Evolution salary sacrifice scheme is absorbed by Fleet Evolution itself, not the end user or fleet.

Andrew Leech, managing director of Fleet Evolution, said: “There’s a real push for cleaner motoring now, not only in the wake of the big ‘diesel dupe’, but also after the Paris Climate Change Summit and the new rules on CO2 reporting for FTSE 250 companies. We believe that salary sacrifice can really help meet that demand for more environmentally-friendly vehicles, while offering a number of tax-efficient benefits that will save businesses and their employees money.”

He added: “Whether the emissions scandal is now over and done with, or whether other brands have been fixing their emissions rates to cheat the tests, it’s undeniable that there’s a real demand for a cleaner future in the world of motoring. We believe salary sacrifice cars tick every box, offering a tax-efficient solution that will reduce carbon emissions properly.”