Calls from Britain’s road policing chief for drivers to be penalised for going just 1mph over the speed limit have been met with dismay. 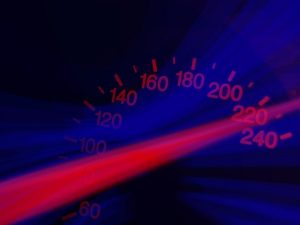 The RAC has said a zero-tolerance approach to speeding could have road safety implications.

In his speech at yesterday’s Police Federation roads policing conference, chief constable Anthony Bangham, the National Police Chiefs’ Council lead on road policy, called for a huge crackdown on speeding as he said that motorists were no longer afraid of speeding punishments.

He proposed scrapping the 10% ‘buffer’ over the signposted limit allowed by most police forces and restricting speed awareness courses – which he said were being used too widely – to drivers only speeding marginally. Bangham added that everyone else should get fines and points on their licence.

“Let’s change the message – we are proud to be law enforcers,’ Bangham told attendees according to the Mail. ‘I do not want the public to be surprised, I want them to be embarrassed when they get caught… They need to understand the law is set at the limit for a reason. They should not come whinging to us about getting caught.”

Bangham also set out a vision for the UK having the safest roads in the world by ensuring that drivers should have a ‘genuine fear of being caught’ if they speed, use a phone at the wheel, drive under the influence of drink or drugs, with the same message going to cyclists who skip red lights.

However, the RAC expressed concerns over the speeding proposals, saying it seemed “very wrong to penalise law-abiding motorists who may occasionally go very slightly above the limit” and warning that it may have safety implications.

RAC road safety spokesman Pete Williams said: “While speed is clearly a contributory factor in many road accidents and there is no question that drivers should obey the speed limit, it doesn’t seem sensible to make motorists constantly look at their speedometers for fear of drifting a few miles an hour above the limit.

“Originally, the leeway of 10% plus 2mph over the speed limit was given to take account of inaccuracies that may occur because of camera and speedometer calibration. Surely, the police’s focus should be on tackling those who exceed the speed limit consistently, and, or excessively, as they present the greatest road safety risk.

“Speed awareness courses have helped many motorists understand the importance of safe speeds. These should continue to be part of the solution, and forces should not be in a hurry to load fines and penalty points onto drivers who may well be mistakenly making a small error.”