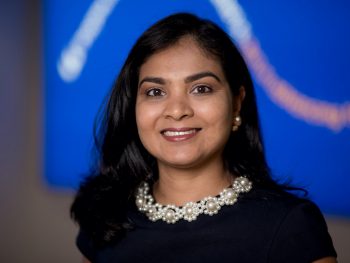 She assumes the role with immediate effect from Clive Buhagiar, who has been acting interim COO since former incumbent Uwe Hildinger joined Alphabet Germany four months ago as chief executive officer.

Imamkhan joined Alphabet GB two years ago as head of remarketing and in recent months has led a strategic project across Alphabet and BMW Financial Services in the UK. She initially joined Alphabet in 2012 and was previously at Alphabet International in Munich, including as project manager for new markets. Prior to that, she fulfilled a number of roles with ING Lease and Shell Global Solutions in the Netherlands.

In her new position, Imamkhan will be responsible for the entire operational function of Alphabet GB, in addition to joining the UK Management Committee.

Imamkhan said: “I am delighted to be stepping into the role of COO, taking Alphabet’s operations to new heights, building on the great progress that the team has already made. Having worked at Alphabet for more than eight years, I’ve held roles both in the UK and at Alphabet International headquarters. This, coupled with my background at ING Lease, has given me a strategic perspective across the fleet business and an in-depth operational understanding from Alphabet markets around the world. This experience sets us in good stead to respond to challenging market conditions in the UK.

“With a focus on the high level of service our customers expect, I am looking forward to driving our business operations forward, staying one step ahead of evolving needs. I’d like to thank Clive Buhagiar for the significant support he has given us as interim COO over the past three months.”

Previous: Transport firms including DPD call for plan on air pollution
Next: Comment: Fleets want to go green but has the Government stalled on its Road to Zero?