The UK’s largest fleet operators are ramping up the pressure on the Government to commit to 100% electric vehicle sales by 2030, with Royal Mail, EDF and DPD UK now joining the calls. 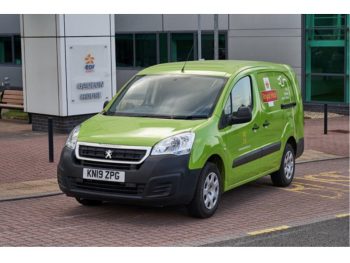 As well as urging the Government to be ambitious with green plans, members of the UK Electric Fleets Coalition are also making their own ambitious commitments to cut CO2

The UK Electric Fleets Coalition – led by The Climate Group in partnership with BT Group and Openreach – has already released a policy paper this summer, calling for an earlier 2030 targets on car and van sales to go electric, and it’s now garnered new support.

It means all four of the UK’s biggest fleet operators – BT and Openreach, Centrica, DPD UK and Royal Mail – now say that 100% of new car and van sales need to be fully electric by 2030, with exceptions for the small number of vehicles where this may not be possible.

But as well as calling on the UK Government to be ambitious in the PM’s yet-to-be-announced 10-point plan to ‘build back greener’, these businesses also making their own ambitious commitments.

This includes the coalition’s latest new member, Royal Mail, which has the largest business fleet in the UK.

CEO Stuart Simpson said: “I am really pleased that we are joining this coalition to help accelerate the transition to low carbon, electric fleets across the UK. Our ‘feet on the street’ network means Royal Mail already has the lowest reported CO2 emissions per parcel amongst major UK delivery companies.

“But, we need to go further. We want to become a net zero carbon business with a 100% alternative fuel fleet. We want to play a leading role on this agenda. To that end, we are committed to buying more alternative fuel vehicles for our fleet. We will work with this coalition to champion and enable the widespread implementation of charging infrastructure to make that happen in as many locations as possible across the UK.”

The group also says a 2030 phase-out date is also backed by the UK’s two biggest oil companies, BP and Shell.

And to stimulate demand itself further, the coalition is calling for the Government to extend grants for electric vehicles and charging points through to at least 2022, when EVs are expected to start competing on price with conventional vehicles.

Finally, the coalition members say the Government should invest in infrastructure by speeding up the rollout of public charge-points across the UK for use by any payment system.

The Climate Group’s CEO Helen Clarkson said the addition of the latest members to the UK Electric Fleets Coalition brings “an incontestable voice from businesses asking for more ambitious policies on transport from the UK government.”

“The Prime Minister is due to release a 10 point plan to ‘build back greener’, and I urge him to listen to the businesses asking for swift action today,” she added.