Robins & Day, the manufacturer-owned car dealership group, has adopted a telematics solution from Ctrack to improve the safety and performance of its van operation. 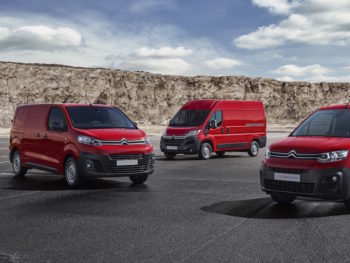 The firm runs a fleet of 97 vans within the organisation’s nationwide parts distribution network and has integrated the web-based tracking system Ctrack Online with its route planning and optimisation software to make better use of its available fleet resources.

The solution replaces multiple telematics tools, including Ctrack Online, that were previously used to monitor the vans operating from sites in Manchester, Birmingham, Derby, Bristol and Slough, and is intended to bring improved centralised visibility and control over the vehicles.

The central team will have full visibility over all the vehicles, with controlled access to the system for site managers and other senior executives, and will support Robins & Day’s duty of care strategy and further optimise its parts distribution operation.

This includes enabling the parts distribution team to utilise planned versus actual performance monitoring and reporting. With fixed daily routes supplying 150 Groupe PSA dealers, as well as regular deliveries to up to 6,000 body shops and independent repairers, the company is looking to gain real-time visibility of how drivers are performing against plan. This will allow Robins & Day to keep customers informed of any potential issues or delays and identify areas of operational improvements within the fleet operation.

The company will also use the Ctrack Driver Performance Report to analyse driver behaviour data and help calculate individual scores, with employees placed in one of three safety bands. With Driver ID, Robins & Day will be able to separate the driver and vehicle data to capture insight into the exact movements and actions of each employee.

“We have worked closely with the Ctrack team to effectively roll-out the vehicle tracking system and combine it with our internal processes. We are already seeing driver behaviour improvements across the fleet – with almost half of the drivers now in our top safety band – and we looked forward to achieving further performance benefits as it becomes embedded within our operation,” said Ian Botham, group parts operations manager at Robins & Day.