A Department for Transport review into roads policing could see more ‘cops in cars’, reversing over a decade of cutbacks and helping to cut down on dangerous driving. 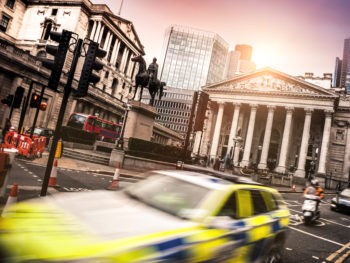 The number of specialist traffic police has fallen by a third over a decade, leaving some drivers to feel they can get away with regularly acting dangerously in their cars

The two-year review, which will also cover traffic enforcement and will be jointly funded by the Department for Transport (DfT) and Highways England, will look at how roads policing currently works, its effectiveness, and where improvements could be made or gaps bridged.

The review will see the DfT work with the Home Office and the National Police Chiefs’ Council, and could bring a pilot programme from next year to test out new initiatives or ways of working to see what works best in reducing road casualties.

Road Safety Minister Michael Ellis said: “Roads policing is a key deterrent in stopping drivers breaking the law and risking their and other people’s lives.

“This review will not only highlight where police forces are doing good work, it will show what more can be done to improve road safety.”

The review will also look at how the police and different agencies work together, the information they share and how improvements may increase capability and capacity, while also considering how best to police roads in rural and urban areas, and the strategic road network.

And a call for evidence will launch this autumn to look at what already works well.

The announcement follows years of warnings over cutbacks in roads policing and the impacts on driver behaviour.

And research published by the AA at the start of 2018 found the downturn in police presence was prompting drivers to get cocky. In the study of more than 19,500 drivers, two-thirds (65%) said they felt they could get away with offences such as tailgating and lane hogging due to the lack of police presence on UK roads.

Welcoming the proposed review on road safety, Edmund King, AA president, said: “The biggest deterrent to someone drink-driving, picking up their phone behind the wheel or driving without insurance, is to have a very strong and very visible police presence. Reducing the number of specialist traffic police by a third over a decade has meant that some drivers feel they can regularly drive or act dangerously in their cars and get away with it.

“While the public accepts that cameras and new technology are part of the toolkit available to forces in policing our roads, we should not underestimate the role of having more cops in cars.”

The review into roads policing has also been welcomed by the RAC whose research suggests that there has been a rise in the number of drivers using handheld mobile phones over the last couple of years, despite the introduction of tougher penalties, as the impact of the higher penalties starts to fade.

An RAC spokesperson added: “Our research also shows an increase in the number of drivers that admit to driving while over the legal alcohol limit. Our data indicates that people break the law in these ways because they feel they can get away with it which suggests that fewer roads traffic police officers is contributing to illegal activity at the wheel.

“The review should look carefully at numbers but also consider new forms of technology that can help keep our roads and its users safe.”