Traffic on Great Britain’s roads in the first lockdown fell to levels last seen in the 1960s, new analysis suggests. 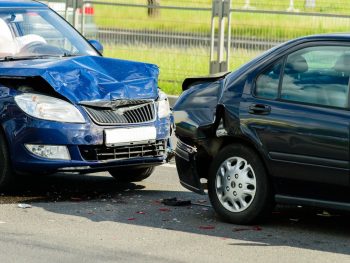 The proportion of claims involving being ‘hit whilst parked’ has increased during the pandemic, likely due to a significant increase in the amount of time vehicles have spent parked up since the first lockdown

Data from AX has found the average daily mileage of vehicles equipped with its telematics devices fell 67% in April 2020, compared to the February before lockdown started.

When compared to Department for Transport data on the combined annual mileage covered by all vehicles in Great Britain, the significant decrease represents traffic levels last seen in Britain in the late 1960s.

The analysis, carried out to assess the impacts of the various UK lockdowns, also found that the lockdown in January had a notable impact on traffic levels, with a 40% decrease in average daily mileage. This means traffic was likely comparable to that last experienced in the late 1980s.

Since the easing of most social distancing restrictions, road traffic has returned to pre-Covid levels, according to DfT data. Latest figures also show that levels in June so far actually exceeding February 2020 by 1.5%.

The analysis by AX, which also provides accident aftercare services to non-fault drivers, also revealed significant changes to the types of collisions taking place during the various lockdowns.

Based on the firm’s data of the accidents it’s managed, the research shows the number of rear-end collisions reduced but as a result, the proportion of claims involving being ‘hit whilst parked’ increased, likely due to a significant increase in the amount of time vehicles have spent parked up since the pandemic started.

During the first lockdown, rear-end collisions accounted for just 14%t of collisions (compared to nearly a third in the previous February), while ‘hit whilst parked’ collisions rocketed from a quarter of managed collisions to 44%.