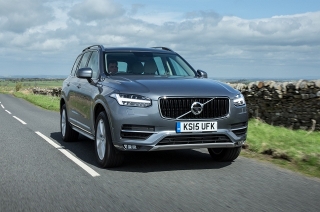 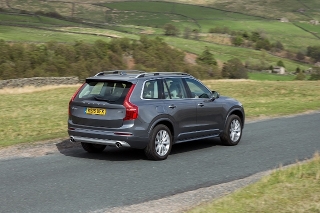 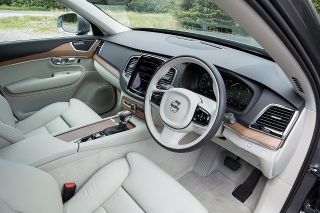 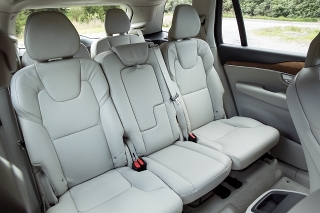 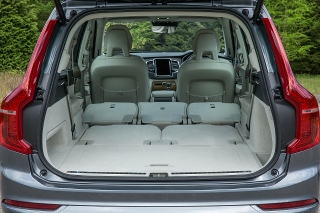 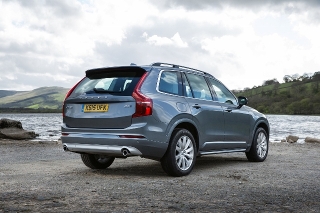 It seems these days diesel cars are up there with the plague and Simon Cowell on people’s lists of Least Favourite Things To Encounter In The Street, so you could think that the delivery of a large diesel SUV to test might not be greeted with enthusiasm.

However, this large diesel SUV was a Volvo XC90 D5 Momentum, and is imbued with such niceness and decency that it is impossible not to love it. It is big, at nearly five metres in length and over two metres in width, but such is the brilliance of the design that is doesn’t strut or jut, with soft, clean ameliorating lines making it appear much less aggressive and dominating than other SUVs.

There are spas with a less relaxing ambience than the cabin too, which is a masterpiece of simplicity and purity of surface. The large central screen stores all information and display everything you might need to know behind a couple of intuitive swipes and pokes, resulting in the need for very few buttons. Even the font used has a spare, Scandinavian elegance to it.

The seven seats are plush and comfy in that soft way of all Volvos – far less firm than German rivals but feeling no less high quality for it, while the leather used throughout wouldn’t feel out of place on a Prada handbag an the wood and chrome detailing throughout is beautifully done.

It is not entirely perfect though. This is not a car to be sped along: the ride on rough surfaces is harsh, albeit fine on others, and the 225bhp four cylinder diesel engine gets a bit raucous if pushed. The net result is that it is best to just tootle along, an approach far more in keeping with the XC90’s overall character.

The D5 Momentum we had costs £45,750 in standard trim, and is well-specified too. While it seems expensive (and it is), I would suggest that other than the engine, it feels at least as refined and high quality as a Range Rover, and that starts from considerably more.

Basically then, this is a wonderful SUV in almost every respect – just the sort of thing to make people fall in love with cars again.

Something a little different to the big German SUVs, the XC90 might not be cheap but it offers luxuries above its price tag.