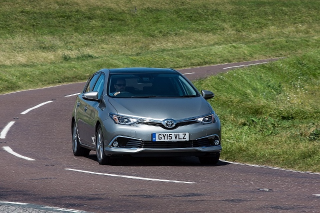 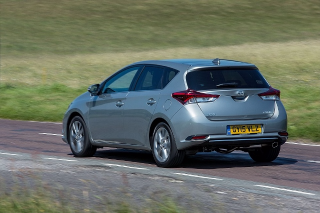 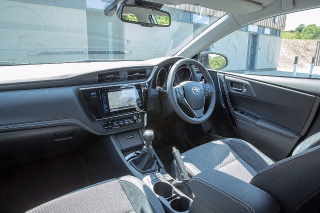 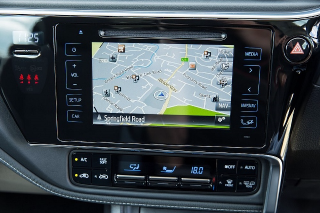 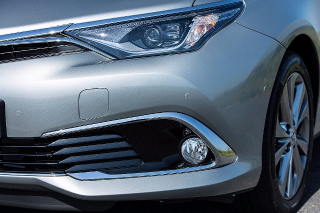 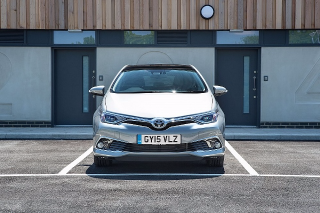 Toyota has made the Auris synonymous with hybrid technology. It’s the UK’s second biggest-selling alternative fuel vehicle, just behind the Yaris. So with the first signs of the tide changing against diesel technology, is there much space for a downsized petrol in UK fleets?

It’s a pertinent topic, with the three percentage point Benefit in Kind disadvantage for diesels now with us for an unexpected extra five years. A factor which helps the case for a fuel-efficient petrol engine, doubly so when the hybrid is £2,400 more expensive and the diesel £1,200 extra in the Design trim.

The Auris is the first to get this engine, a turbocharged four-cylinder displacing 1.2 litres and producing 114bhp – it’s the replacement for the 1.6-litre petrol used to date, also offering plenty of torque at the low to mid end of the rev range. A bit like a diesel, then.

But it’s not simply a small engine with a turbocharger. Similar to the 1.0-litre petrol used in the Auris, the 1.2 has variable valve timing which enables it to switch from the higher power, lower efficiency Otto combustion cycle used by most petrol engines, to a lower-power, higher-efficiency Atkinson cycle as in most of Toyota’s hybrids, depending on how it’s being driven.

This produces some impressive brochure figures, 58.9mpg and 112g/km with a six-speed manual gearbox, or 61.4mpg and 106g/km with the Multidrive S continuously variable transmission. So far, so good, but vanity plays a very large role in this car’s running costs. Move up to the 17-inch wheels fitted to Design models and CO2 for the manual version climbs to 125g/km, with an 11% drop in fuel efficiency to 52.3mpg.

It’s a great engine to live with, though. Almost silent and vibration free, with punchy mid-range performance that makes this it much quicker than it really is. Getting much better than 45mpg takes a very steady right foot.

Engine aside, the Auris has had an aesthetic overhaul alongside the Avensis, and it’s a little more distinctive if perhaps slightly more divisive as a result. There’s also been an effort to improve ride quality and cut noise getting into the cabin, which really shows at motorway speeds. Slick gearchanges and nicely weighted steering mean it feels solid and confident on all other roads. It’s not a driver’s car, but there’s nothing that jars about the way this covers ground.

Cabin alterations are almost too subtle to spot. Toyota’s slightly fiddly infotainment system is now integrated into a gloss panel with touch-sensitive buttons, some of the lines are softer and the phosphor blue illumination and even the whittled-down selection of fabrics and plastics are consistent throughout. They’re tiny details, perhaps, but this is now among the best-finished cabins in its class. Even the Lexus CT 200h could take notes.

It’s likely that the long-term effects of recent anti-diesel scaremongering and tax disincentives will take a few years to work their way through the industry, and certainly there’s no sign of a move en masse towards other fuels. But the Auris offers diesel-like responsiveness and economy which is starting to catch up too, without the associated gruffness. It’s only a shame that there’s no option to retain the smaller wheels on more generously-equipped versions of the Auris.

A great small petrol engine which comes close to making a business case for itself. But it’s still considerably cheaper to run with a hybrid or a diesel engine, particularly when larger wheels have such a marked effect on fuel economy and CO2 emissions.

Previous: Interview: Mel Dawson, managing director of ALD Automotive
Next: Tax take on diesel at highest level in over a decade