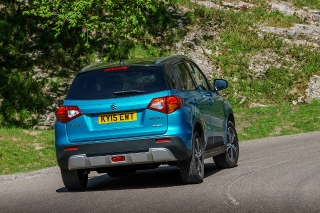 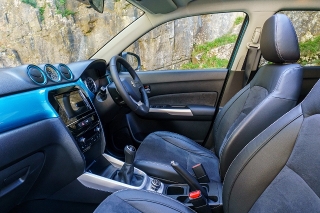 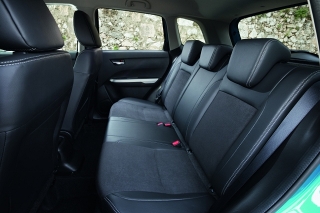 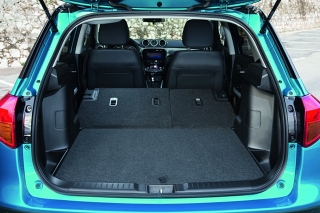 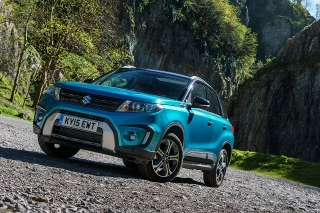 For just under 30 years, the Suzuki Vitara has been synonymous with fashionable beach-combers and subsequently with caravan and towcar enthusiasts. But this time, it’s only the badge that’s familiar.

Suzuki clearly has an eye on what’s selling, and its range has been shuffled to accommodate European tastes. The SX-4 has grown to become a Nissan Qashqai rival, while the Vitara has shrunk and become more of a road car, its sights set on the booming supermini-derived crossover segment.

In theory, both play to the brand’s strengths. Suzuki is a company known for making great small cars, and for compact off-roaders which can actually stray off the tarmac without breaking a sweat, which bodes well for a small crossover.

However, this is a style-driven segment and it’s this which has taken the biggest strides. There’s a strong hint of Range Rover Evoque in the Vitara’s narrow headlamps, slatted grille and clamshell bonnet, and the colour palette offers the sort of vivid finishes Renault has popularised with the Captur. Larger than a Juke but smaller than a Mokka, the Vitara has the presence of a bigger crossover.

The cabin is unmistakeably Suzuki, though. It’s simple, logically laid out and feels well made, but the abundant hard, shiny plastics could be a sticking point in Europe. Even with the option to colour-code parts of the dashboard, the Vitara feels a bit Nineties inside.

Suzuki’s new tablet-like touchscreen infotainment system goes some way towards modernising that. It’s big on functionality, including navigation with very accurate traffic information and the ability to stream apps from an Android smartphone, but it’s also occasionally laggy when responding to inputs.

On the positive side, there’s plenty of head and legroom for all occupants, and the boxy roofline means visibility is excellent. The seating position is high and the range-topping SZ5 trim includes a part-suede seats and huge panoramic roof which opens about two thirds of the way to the tailgate.

It’s also very practical. The bench folds flush with the boot floor, and there’s a compartment underneath for the parcel shelf which, unusually, is solid rather than a retractable cover. At 375 litres, capacity with the seatback upright is higher than the 350-360-litre segment norm and, thanks to the large, square tailgate, it’s easy to load large items inside.

Suzuki’s small car DNA shows up in the driving experience. The Vitara rolls and dives a little but handles well, helped by the ALLGRIP four-wheel drive system which shifts power to the corners with the most grip. Its 1.6-litre diesel produces a slightly lethargic 118bhp and a gravelly engine note off the mark, but quietens on the motorway and returns in excess of 60mpg with ease. On paper, this is the most fuel-efficient non-hybrid crossover on the market, and it should measure up on the road.

Despite some aspects, mainly inside, not being particularly well benchmarked for European tastes, the Vitara offers plenty of reasons to move away from this segment’s default choices. It’s an unfamiliar product with this badge, but one with considerably broader appeal.

Suzuki’s small car and off-road expertise rolled into a more conventionally stylish package than its predecessor. Don’t let the dated cabin put you off an otherwise very able crossover.