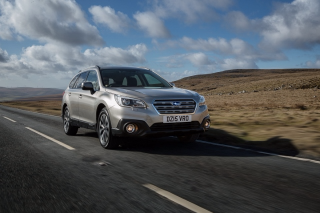 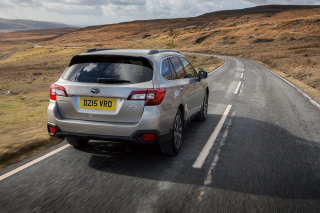 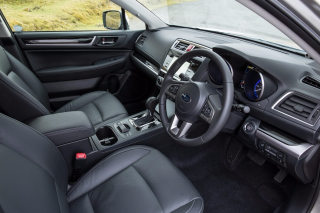 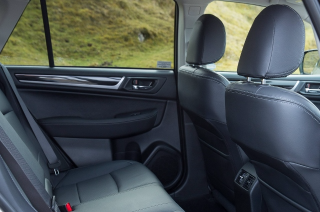 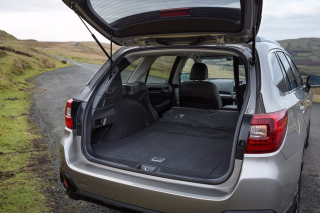 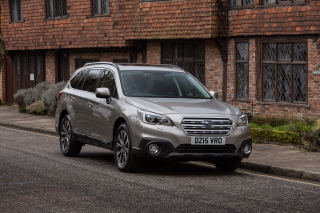 Part estate car, part SUV, Subaru has offered four previous generations of Outback in the UK since 1995, carving out a small but loyal group of customers who value the versatility it offers. Behind the glitz of the brand’s WRC successes and enthusiast following, it’s quietly found and stuck to its own niche.

There are, of course, other ways to get similar versatility. Audi, Volkswagen and Volvo have all offered similar products, though the A4 is between generations at the moment, and Vauxhall has had a more rugged version of the Insignia in the meantime. Subaru hasn't deviated with two-wheel drive versions in the meantime, and it still isn't doing that.

The fifth generation launched last April, a heavy update with softer, more modern styling and a multitude of technological upgrades. Notably to the suspension and steering tuned for a sharper, less wallowy drive – the raised ride height provides 200mm of ground clearance, only 12mm less at the front than a Discovery Sport. But the raised suspension is barely noticeable on the road, undoubtedly helped by the low-slung Boxer diesel engine.

That engine is one of two offered in the Outback, and Subaru claims 90% of it is new. It still produces 150bhp, but with a wider spread of peak torque at a lower point in the rev range. Efforts to make it quieter are evident, too, it’s much smoother than the earliest versions, and it’s at least as efficient as the book figures suggest – a refreshing change.

If there’s any complaint to level at it, it’s that the petrol version gets the larger towing capacity, and manual versions don’t have the X-Mode selectable modes for off-road use. Otherwise it’s starting to look competitive, for the most part, with its closest European rivals.

Subaru has come in for some criticism for drab interiors in the past, and there's no revolution in the Outback. It's not a place for fans of aluminium accents and soft-touch materials, but it does exude a feeling of long-lasting durability. There's a sense that every switch and lever will work just as well 10 or 20 years down the line.

It’s also very comfortable. The seats are excellent, though it does take a bit of time to get the lumbar support positioned correctly, and wind noise around the mirrors is the only irritation at motorway speeds. Ride quality is good, though it can crash over rough surfaces, and there’s loads of room in the back.

The infotainment system is a built-in unit rather than a dealer-fit add-on. It’s a seven-inch touchscreen which isn’t particularly intuitive at first, but rewards persistence with a comprehensive set of features and reasonably accurate traffic data. Subaru has also designed a system to link web-connected smartphone apps to the screen.

Typical of large Subarus, it’s a proper load carrier with no illusions of being a lifestyle estate. The boot accommodates 559 litres with the rear bench upright, and this drops flush with the load floor with handles on either side of the tailgate opening. The Passat Alltrack offers more with the seats upright, less with them folded, while the V60 Cross Country is significantly smaller.

On functionality it’s pretty hard to fault the Outback, but there’s nothing new about that. Now competitive on CO2, at least with four-wheel drive rivals, it’s a rugged workhorse for moving everything over anything. But, with the better-known Passat Alltrack at the same price, Subaru might have a task ahead spreading this car's reach.

Now a great on-road cruiser as well as an asset for those with occasional need for all-terrain or all-weather capability, don’t let sparse aesthetics detract from what’s an otherwise well-rounded car.