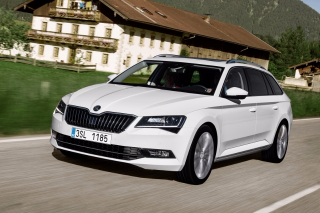 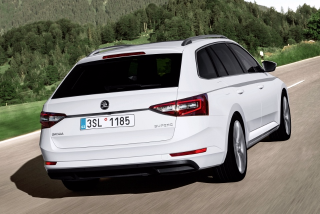 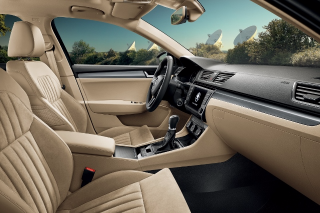 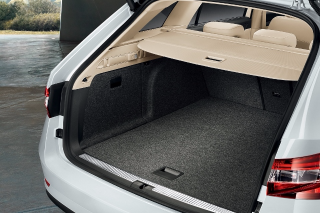 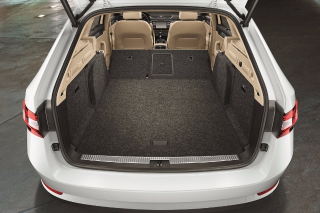 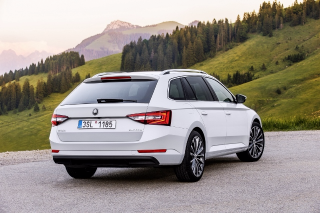 Excellent new Skodas are par for the course these days, and it’s been that way for most of the 21st century. But it’s a real sign of the times that, in its most generously equipped guise, the Superb might just have what it takes to lure drivers out of the premium brands.

This is a range with strong value on its side, but the Laurin & Klement version, named after Skoda’s founders, puts this outside the realms of job-need motorway cruiser and firmly into the price range of compact executive cars. So, should you?

On paper, it’s ticking a lot of the boxes. The Superb gets a 188bhp version of the familiar Volkswagen Group 2.0-litre diesel engine, similar to the Audi A4, and it’s paired with four-wheel drive and a six-speed DSG transmission. At £35,040 on the road, these are numbers in line with a mid-spec, four-wheel drive, compact executive estate.

Except the Superb offers so much more. Around eight inches longer than its price-matched competitors, the Skoda is closer in size to an executive-class load-carrier and offers more legroom in the back. It’s capable of accommodating a massive 660 litres of luggage with the seats up, or 1,950 with them folded flat. However, it's worth adding the £150 variable load floor option to avoid the step between the folded rear bench and the rest of the load area, as well as the intrusion from the carpet-trimmed gussets with the shock towers.

It’s considerably better equipped than most compact executives at this price, too, bundled with luxuries such as three-zone automatic air conditioning, adaptive cruise control, a powered tailgate and a choice of beige or brown for its full leather interior. Four of the seats are heated, two are electrically adjustable, it’ll park itself – just as well, considering the size – and there’s a clear, intuitive infotainment system with navigation, a TV tuner and smartphone app streaming.

Option a compact executive estate to the same level, and a void starts to appear. This really is exceptional value for money, and nothing at this size can match the Skoda for neat features, such as the dimpled cupholders which enable you to open a bottle with one hand, the umbrella stowed in the rear door, or the ice scraper under the fuel flap. There are even velcro-bottomed plastic pieces which attach to the boot floor to hold luggage in place. Clever thinking.

There’s no sense of cost cutting, either. It’s a little sombre inside, but cabin materials and switchgear are as impeccably well-built as any full-price luxury car, lacking only the abundance of chrome and satin silver to feel truly premium. Ride quality on 18-inch wheels is excellent, the transmission smooth and there’s a solid, confident weight to the controls. This could cross continents without inflicting aches on occupants.

Of course, the trade-off with that is that the focus on comfort doesn’t make this the most engaging driver’s car. Not that it’s a deal-breaker, but this isn’t a machine that wills you to take the long route home, with wafts rather than surges of acceleration and a slight tendency to show its weight when changing direction quickly.

Skoda also can’t match the compact executive cars for CO2 emissions with four-wheel drive, something which a seven-speed transmission might have helped with. BMW and Audi are both under 130g/km, against the Superb’s 135g/km, and the Czech is on Volkswagen’s list of cars with understated CO2 figures – so that might go up.

However, it’s otherwise hard to fault, not only as a high-value workhorse but as a genuinely aspirational luxury car. Effortless, generously equipped and cavernous inside, this is the moment where Skoda can hold its own against premium brands, as well as mainstream models.

Talented in every area where it matters, badge snobbery and a slight gap in residual values and CO2 are the only reasons to overlook the Superb as a compact executive contender.