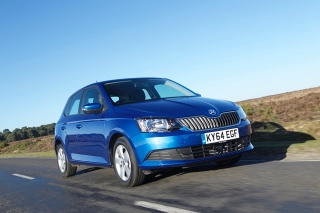 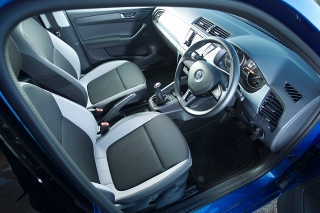 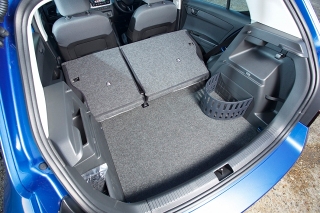 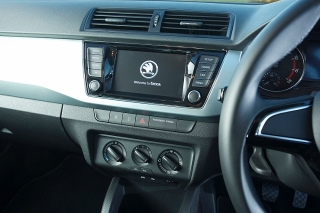 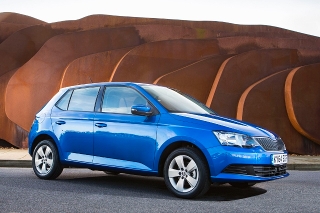 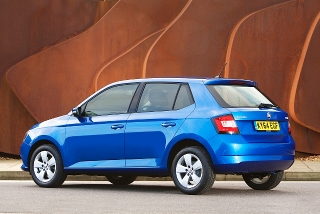 Skoda may have gone back to straight lines with the new Fabia, but what’s underneath that creased new bodywork is an entirely new design. For the first time since the nameplate launched back in 2000, the brand’s second biggest-seller is an all-new car.

It’s a bit of a mongrel with it, taking some of the lightweight front-end architecture of the Volkswagen Group’s new modular platform, and mixing that with components from the Polo. Within a shorter, lower and wider body, the wheelbase has increased allowing a 10% increase in boot capacity to 330 litres, and more space for occupants too.

But those Polo underpinnings are pretty obvious in its overall dimensions. The Fabia has the appearance of its Volkswagen cousin rendered without any curves – it’s well-proportioned but sharp-edged where the Polo is softer. There’s also been an attempt to offer much broader customisation, with colour-contrasted roofs, wheels and mirrors to give an individual sense of style.

Skoda defines itself on being clever with space, and the Fabia’s cabin is awash with neat storage solutions. It’s possible to mount the parcel shelf half way down the depth of the boot, splitting the load area in half, and there are additional cubby holes above the wheel arches. Plus, as is par for the course in Skoda’s latest products, there’s a parking ticket holder in the windscreen and an ice scraper under the filler cap. Signs that someone has spent time thinking about how the car is used.

There’s a big downside to brand differentiation, though. The frustration with the Fabia is that it feels as if Volkswagen has held it back from being as good as it could be. Cabin aesthetics are particularly important for a driver – it’s where they spend the most time. There’s a sense that Skoda has been denied access to the matte-finish, soft-touch plastics and metallic accents Audi, Volkswagen and even Skoda use across their product range. It doesn’t feel badly made, but it does feel cheap.

But Skoda knows its audience, and buying habits from the old car are reflected here. There was no demand for navigation in the old Fabia, so it isn’t offered in the new one. Instead, it makes do with app streaming from a smartphone – a cut-price option which does include data-based navigation, but isn’t quite as slick as the real thing. A consideration for business users – though these only account for around a third of UK volume.

Otherwise, it feels very sophisticated. The seats are excellent, and it’s quiet and plenty potent enough for motorway use. It feels much like a Polo, but with shinier and more low-rent materials dotted around. Rear-seat occupants are unlikely to have many complaints about space, even with the optional panoramic sunroof.

Possibly enough to make the decision between the two a little harder. The Fabia may have prioritised smart thinking over interior aesthetics, but it’s a thoroughly accomplished supermini which looks modern and drives like a larger car. It’s just a shame that it’s suffered in the name of brand differentiation.

A strong contender for B-segment sales – excellent value, brilliantly thought out and now stylish with it. But that low-rent cabin could put off user-choosers.