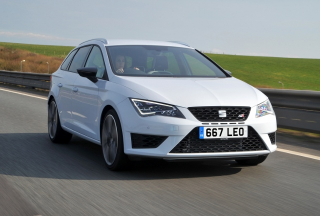 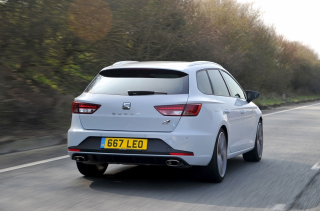 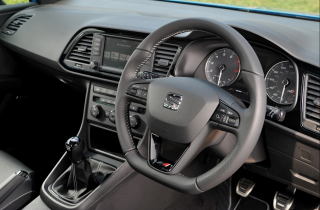 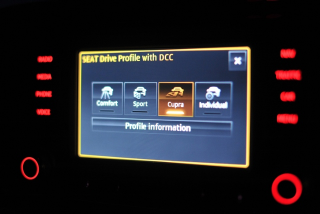 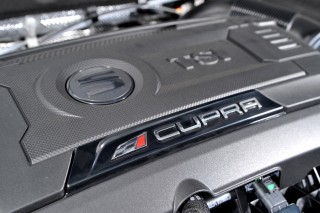 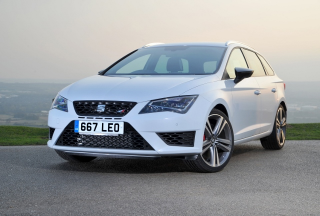 There’s a real cult following for fast estate cars. A niche perhaps, but turning a load-lugger into hot rod will make it the most desirable car in the range for a select few. That’s something SEAT has been quick to capitalise on, pairing the mechanical parts of the Leon Cupra with the practicality of its first Leon ST to make this one of the quickest ways to shift heavy items for under £30,000 on the road.

At its core is essentially the same 2.0-litre turbocharged petrol engine found in the Golf R, producing 287bhp instead of 297bhp but utilising the same variable cam timing and combination of direct and indirect fuel injection to offer high performance and respectable economy. The aim is not to dent the Leon’s value proposition too heavily.

It adds up to a brutally quick car on the road. Not necessarily in terms of outright speed, though it’s certainly no slouch, but in the way the engine delivers its power through the front wheels to the backdrop of an aggressive exhaust growl in Cupra mode. It’ll reach 62mph in just over 6.0 seconds, and hasn’t lost the in-gear urgency of the Leon hatch and SC.

SEAT hasn’t inherited the four-wheel drive system used by Audi and Volkswagen’s hottest hot hatches, instead utilising a limited slip differential to avoid breaking traction while cornering or accelerating. There's a reassuring weight and precision to the steering, and it grips well, but not without the lingering sense that the Leon is hanging on by a thread at times. The ST might be the most practical performance SEAT ever launched, but it’s never dull.

Yet, if you can resist the optional orange highlights, the ST Cupra looks almost as understated as any other part of the range. It’s a handsome estate from almost any angle, with a long and very usable load area and seats which fold flat with the boot floor. There’s also under-floor storage with space for the tonneau cover. Around decent interior flexibility, SEAT seems to have mastered that Audi trick of looking sporty, without looking flashy.

That’s also true inside. The Leon is classy and understated with its simple white accented sports seats and stitching, and navigation, DAB and LED headlights are included as standard. If there’s a criticism to be levelled at this car, it’s that most of that sportiness comes built into the FR, and that the Cupra doesn’t feel quite as much of a step up as a Golf R does over a GTI. Adding the £1,265 Cupra bucket seats would certainly help, though.

But there’s no mistaking the change on the road. The Cupra sits around an inch lower than the FR, it’s significantly firmer riding as a result despite the benefits of the multi-link setup reserved the most powerful Leons, and the steering is heavier too. Gentle driving, a skill which requires unnatural amounts of willpower in this car, can coax it up to just under 40mpg, but there’s an overarching feeling that it’s wired and eager to take off at any moment.

There aren’t many direct competitors, either. Ford’s Focus ST Estate is cheaper, but it’s not as generous on standard equipment and it’s slower, while the Golf R Estate is more expensive and the extra weight of four-wheel drive blunts its power advantage and fuel economy slightly. Arguably, its biggest threat as a company car is the FR ST with the 2.0-litre diesel engine from the Golf GTD – ultimately a slower car, but a very enjoyable drive with most of the Cupra’s aesthetic qualities.

Perhaps that’s not the point, though. The Cupra ST shows the flexibility of the Volkswagen Group’s modular platform setup and satisfies the tastes of those who want high performance without the conformity of going for a hot hatch. Great fun, and attainable with it.

A loud and lairy performance car disguised as an upmarket estate and priced like a hot hatch. It’s certainly a niche model, but it’s deserving of its desirability.

Previous: Majority of drivers unaware of risks of driving on icy roads
Next: New E-Class revealed with class-leading 102g/km CO2