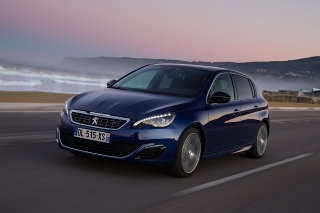 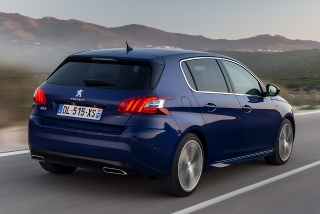 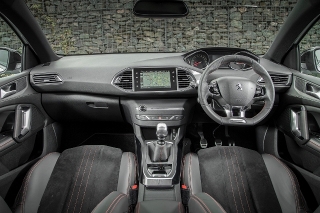 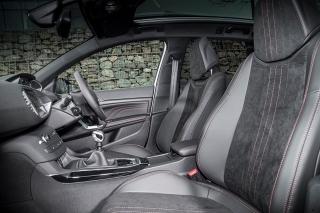 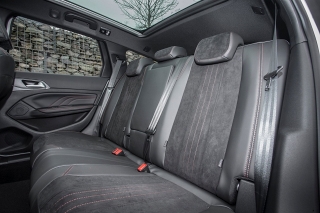 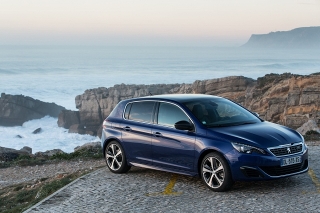 A credible range of performance cars speaks volumes about a brand – able to appeal not only to drivers’ rational needs, but to their emotional wants as well. And, as Peugeot’s newest products push upmarket, the arrival of the 208 and 308 GTI, and the RCZ R, offers a spearhead for renewed appeal with company car drivers.

Peugeot has capitalised on that by joining the warm hatch market with a GT version of the 308, which offers a halfway-house between the full-fat GTI and the GT-Line trim. It’s offered with a 1.6-litre 203bhp petrol engine or the 178bhp 2.0-litre BlueHDI diesel, and will be the brand’s tool for taking on cars like the segment-defining Golf GTD.

Of course, Peugeot has form here, arguably long before Volkswagen. Back in the 1990s, the 306 D Turbo was one of the first warm-performance diesels, mixing design cues from the S16 and later GTI-6 with a 90bhp diesel engine mounted close to the bulkhead to avoid upsetting the hatch’s handling prowess. But it’s a part of the market where the brand has been a bit quiet, until now.

Sporty styling suits the neatly-designed 308 very well – it’s a car which looks particularly classy with the narrower LED headlights fitted from Allure trims upwards. GT versions add to these with large wheels, an aggressive bodykit and excellent half-leather-half-alcantara sports seats, with ribbed centres and red stitching. It feels like a premium product.

That’s all the more impressive when you look at the 308 as a value proposition. It’s among the most efficient diesel hot hatches on the market, and gets a £3,000 price advantage over the equivalent Golf GTD, despite standard equipment including satellite navigation, keyless entry and start, and speed-adjusting cruise control.

Where the 308 might divide opinions is the driving experience. Diesel hot hatches are popular in the UK, but sell for their ability to offer most of the thrills of their petrol counterparts with less frequent trips to the pumps. The 308 GT is only available with a six-speed automatic gearbox, thankfully not PSA’s sluggish automated manual, which puts it a league of its own at this price but isn’t ideal for the target market.

On the upside, it does make the GT a very comfortable, easy car to cover long distances in. The ‘box slips smoothly through its ratios and, aside from a tendency to hesitate from a standing start, it’s quick to shift and doesn’t completely blunt the driving experience.

Press the Sport button on the centre console, and it shows a different character. The instruments, perched on the dashtop above the steering wheel, turn red with gauges showing torque, power and turbo boost in the central display screen. Throttle responses sharpen – slightly – it hangs onto gears for longer, and a synthetic exhaust growl is piped in through the speakers.

The latter is a moot point, sounding a little like a late-Nineties arcade racing game, but the 308 GT drives well otherwise, feeling grippy and responsive when the roads suit. However, it’s never quite as involving as the likes of the Volkswagen Group products or a Focus ST. It’s a model perhaps best suited to those who want the style, rather than the performance, of a genuine hot hatch.

An effortless long-distance car which doesn’t compromise on comfort or fuel economy. On pricing alone it’s hard to overlook, but for frugal thrills there are better options on the table.