By Julian Kirk / 3 years ago / Road Tests / No Comments

The new E-Class goes straight to the top of the executive sector, says Julian Kirk. 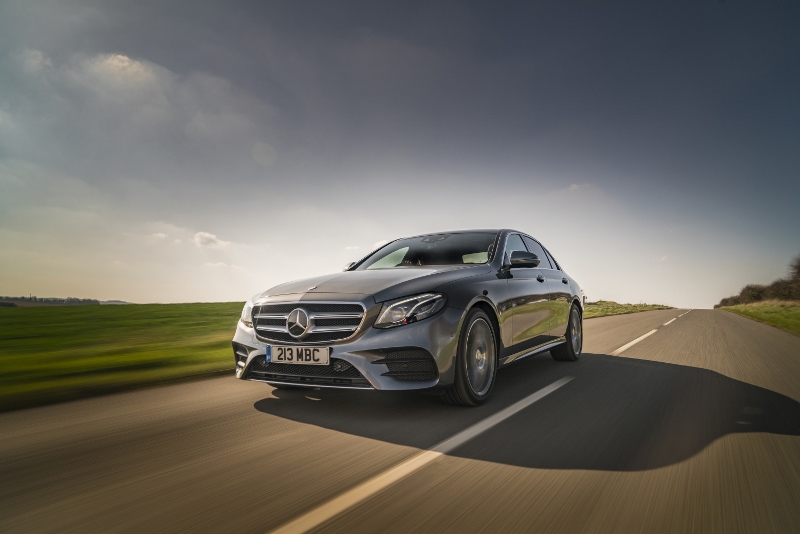 SECTOR: Executive PRICE: £39,010 FUEL: 65.7mpg CO2: 112g/kmThere is a saying that ‘if a car looks right, it is right’, so it is obvious Mercedes’ designers have taken this to heart, producing a matryoshka doll set of its three main models all looking very similar.

But it is with the new E-Class where this design language works best – seemingly having the size to support the fairly bland lighting treatment front and rear. This approach doesn’t seem to sit as comfortably on the smaller C and larger S, but in executive E spec it blends class with (in AMG Line trim) a splash of athleticism. I have yet to see an SE-spec variant of the new E-Class to form an opinion, but instinct tells me the added depth of the AMG Line’s bumpers and bigger wheels (up from 17 to 19 inches) make it by far the better bet visually.

And it’s not just outside where it looks impressive; the interior is simply fabulous. The huge iPad-esque screen dominates the centre console and instrument binnacle, creating a digital hub to control the car from. It’s all intuitive and slick and elegant in its understated way.

Sit in the driver’s seat and you are struck by how roomy the cabin feels; the longer wheelbase frees-up more legroom in the back while the boot is huge. That extra length also helps on the road, giving a more planted and surefooted feel to the drive. And with AMG goodies such as bigger wheels fitted the E feels much more sporty than an E-Class ever has done before.

Engine-wise, the new 2.0-litre diesel is a major leap forward in refinement, helped by being paired with the slick nine-speed automatic gearbox which is standard.  Together they make for effortless driving and negate the need to opt for the E350d V6 diesel.

Add in a raft of clever semi-autonomous technology and the E-Class has become the standard bearer for the executive sector. It’s not hard to see why it has become such a success – helping Mercedes-Benz in Britain push sales up by more than 16% this year (and that’s without a full year of sales with the estate, All-Terrain and coupe versions).What We Think:

The best executive car in the world? You won’t hear me arguing… this is the complete package. Rival versions of the new 5 Series will have to be very good indeed.