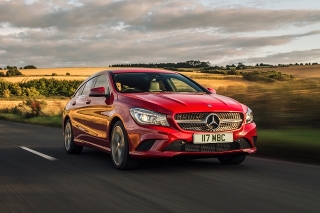 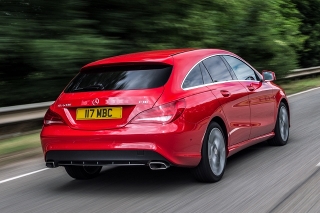 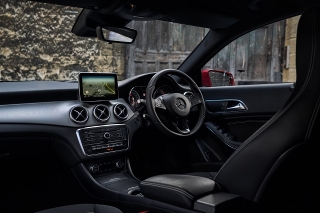 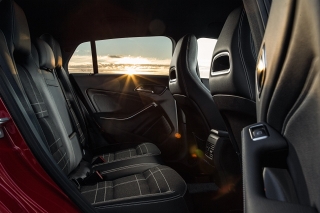 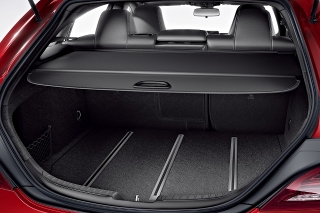 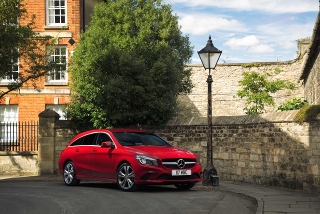 Given the size and scope of the increasingly multi-faceted C-segment, the recent switch to a sharable platform among the Mercedes-Benz compact car portfolio is a sensible one. A move which means it can explore unusual niches such as the CLA Shooting Brake.

Niche because, on the face of it, this is a compact estate car – the closest thing we’ll get to an A-Class Sportwagon. In reality, it’s anything but. Essentially a downsized CLS Shooting Brake in design – in itself an achievement considering the possibility for an ungainly side profile at this size – its roofline slopes off steeply towards the tailgate, the doors are frameless and it’s definitely more of a lifestyle car than a thoroughbred load-carrier.

It can do the latter, though. The rear bench neatly folds flat with the boot floor, but the fixed headrests mean the front seats often have to be moved forwards while tipping it. Drivers needing box-hauling ability might find the high load lip and narrow tailgate a problem, though. For lifestyle looks and genuine practicality, the GLA-Class is still the best car on this platform, offering almost as much space as the Shooting Brake.

On the upside, those shrunken CLS looks do give the CLA an air of exclusivity. It shares its twin ‘powerdome’ bonnet bulges with the brand’s coupes, and all versions get the same Porsche-like tombstone-shaped seats with fixed headrests. It has presence above its size bracket.

Cabin materials aren’t quite up to Audi standards, but the design borrows elements of the SL and it does feel upmarket, even with typically Mercedes-Benz rugged cloth upholstery. Rear occupants get a bench shaped to look like two more front seats, and the longer roofline gives noticeably more headroom than the four-door CLA coupe.

But the CLA-Class suffers a few of the same issues as the other cars on this platform, particularly related to harsh ride quality and the seven-speed dual-clutch transmission. The latter is ponderous off the mark, pausing before suddenly delivering the power when pulling away, and the Eco setting makes it reluctant to shift down when overtaking.

The ageing 2.1-litre diesel engine lets it down too. It’s under-deadened in the brand’s smaller products, coarse both at idle and under load and still audible at motorway speeds. But it’s efficient for its size, and this 134bhp version returns around 60mpg on the motorway. Mercedes-Benz has also started switching over to a Renault-Nissan 1.6-litre diesel at this power level, which should offer improvements to NVH.

However, this is a segment which sells largely on style, and the CLA-Class has this in spades. It’s a unique option in the premium C-segment, which is otherwise devoid of four-door coupes, estates and unusual crossover products like this. Alongside the B-Class and GLA-Class, Mercedes-Benz can cater for three very different types of load-hauling driver.

Strong on design but let down slightly by comfort and refinement, this is a unique but appealing company car option. But with the equivalent GLA-Class undercutting it on price, while offering crossover styling and more flexibility, there’s a strong case to be made elsewhere.

Previous: Back to the Future day arrives
Next: Fleets ‘unlikely to move away from diesel’ without tax and legal changes