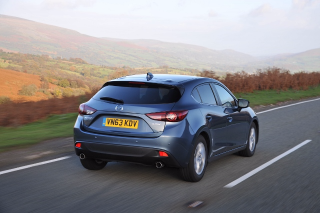 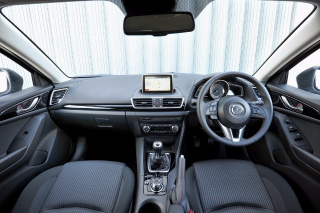 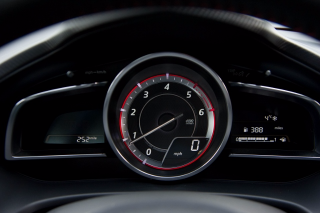 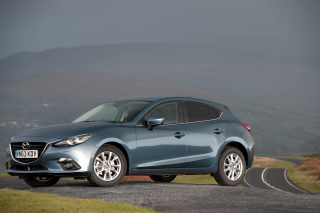 It’s been inevitable for at least a year. The Mazda3’s large diesel engine has curbed its full fleet potential, despite rising demand, and the Mazda2 and CX-3 arrived in 2015 with a 1.5-litre unit which has always seemed like a logical fit. Mazda clearly thought so too.

That’s not to say the 2.2-litre was uncompetitive. Launched two years ago, 107g/km and 68.9mpg can still put it among the best equivalent products, but it’s a big capacity engine, powerful at 148bhp and lacking in a sub-100g/km entry point. On that latter point, 42% of UK C-segment sales are 99g/km or less.

So the 1.5-litre engine, offered with 103bhp in the Mazda3, is aiming for BiK-conscious user-choosers and businesses who have a 2.0-litre capacity cap on their vehicles. It’s available on both bodystyles and all trim levels, priced at £850 less than the 2.2-litre, and brings CO2 emissions down to 99g/km with 74.3mpg fuel economy.

Naturally, this costs a little of the Mazda3’s much-praised driving experience, but it’s no hatchet job. It’s quiet when warmed up and the variable geometry turbocharger helps deliver a consistent, if never particularly urgent, spread of torque through the revs. It’s on par with its rivals, albeit with one of the best chassis and steering setups in the segment.

We tested the car with the £1,200 six-speed automatic gearbox, the first diesel-auto offered in SE and SE Nav spec. It’s one of the better automatic gearboxes, but with a large CO2 and economy penalty for those who want or need the convenience it offers.

On the motorway, with a barely run-in engine, this returned around 50mpg. With a manual gearbox and a few thousand miles under its belt, there’s no reason why this engine shouldn’t return 60mpg or more. Plenty to keep drivers and fleets happy.