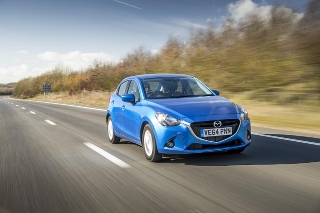 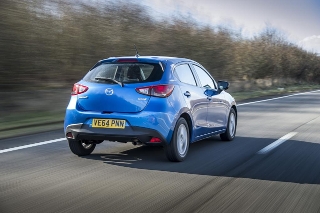 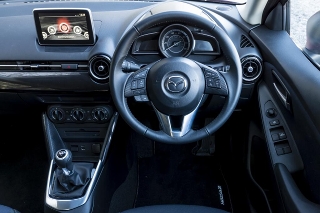 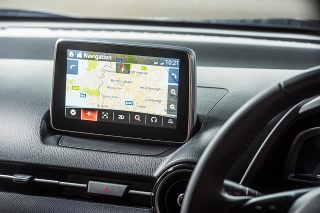 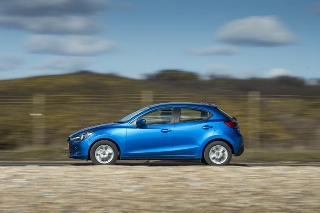 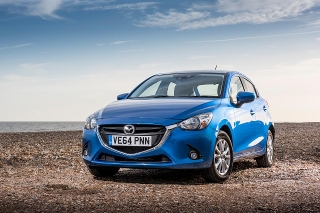 With Mazda’s recent focus on the advantages of its weight-reducing, economy-boosting SKYACTIV Technology, it’s easy to forget that the outgoing Mazda2 was ahead of the curve.

Launched in 2007, strategic slimming of wiring looms and structures allowed the supermini to shed almost 100kg compared to its boxy predecessor. Not only did that afford it a strong position on running costs, but it was equally effective at making it better to drive, helped by quick steering, excellent roadholding and a dashboard-mounted gearstick.

It’s paid dividends. In its first year, the Mazda2 outsold its predecessor’s sales record almost three fold – at 13,000 units – and it was only overtaken as the brand’s biggest seller once the latest Mazda3 arrived last year. Even then, sales were almost level year-on-year and it was only knocked into second place by 143 units.

Generation to generation, the weight loss isn’t quite as dramatic this time around but the lighter structure offsets the new car’s slightly larger bodyshell. In turn, it’s allowed Mazda to offer noticeably more rear seat and boot space than before – albeit with a high load lip at the back – and not cramp front occupants with its steeply-raked A-pillars.

The most obvious changes, this time, are aesthetic. Behind swooping bodylines, echoed on the interior door panels, cabin quality and design has improved markedly compared to its predecessor, adopting the same silver-ringed controls as its larger siblings and with the compact, neatly designed instrument panel in clear view atop its driver-oriented dashboard.

It’s easy to be sceptical about sports car DNA rubbing off onto a small hatchback, but the Mazda2 lives up to its claims. Quick but well-weighted steering allows its minimal bulk to change direction quickly and confidently, and the manual gearbox is peerless in this class, slotting positively between its ratios with a short movement of the stick.

Drivers used to the sparky performance of small turbocharged petrol engines might find Mazda’s new 1.5-litre unit an adjustment, though. It’s offered in three outputs and this, the expected big-seller, lacks the low-rev punchiness of similarly-powered turbocharged rivals. Instead, it’s incredibly keen to rev and offers a surprising shove of power in the mid-range, which avoids it feeling reluctant while overtaking or reaching motorway speeds, though it does require a downshift on steep inclines.

From a more rational point of view, SE-L versions on their 15-inch alloy wheels manage to ride over and hold onto the road with the confidence of a larger car, and wind noise at motorway speeds is very low for a supermini. Mazda’s new MZD Connect infotainment system, which can be equipped with satellite navigation for £400 by upgrading to a Nav trim, is easy to use too. It feels very grown up when it needs to.

There’s really nothing to criticise here; it’s cute to look at, great to drive, build quality is better than ever and it’s genuinely fuel efficient too. All Mazda has to do is tempt drivers away from the default options in this incredibly fast-paced and increasingly well-rounded segment.

While it’s an evolution not a revolution last time, the Mazda2 builds on its predecessor’s best qualities with improved quality and a more grown up driving experience. It’s an incredibly attractive alternative to the biggest-selling superminis.