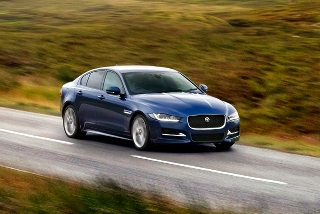 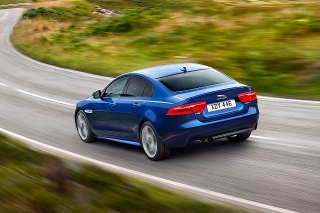 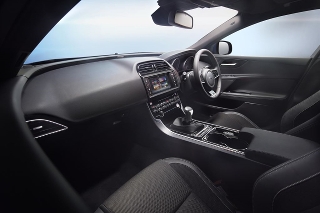 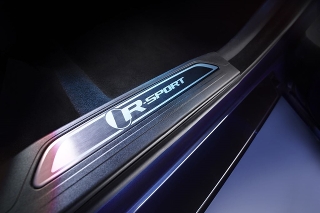 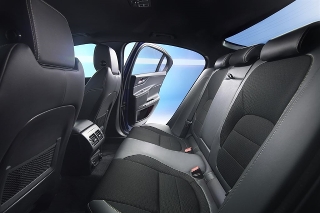 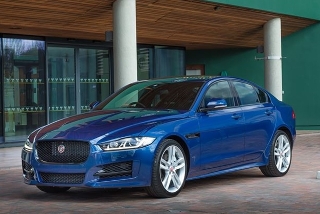 Something different. It’s the Jaguar XE’s selling point compact executive segment. An option for drivers who want a change from the usual German saloons, and the car which underpins the wider brand’s volume aspirations.

It’s a tall order for a newcomer; Audi, BMW and Mercedes-Benz trade on being known quantities in this segment, refining and updating their core values with each generation. Jaguar may have the advantage of being a British brand in the UK, but is the XE really different enough to stand out?

If there’s any part of the range where that’s most important, it’s in the sportier trims beloved of British user-choosers. The UK is usually the largest European market for these, and it’s where rational issues such as price, CO2 and ride quality begin to be overtaken by the desire to have something stylish parked outside.

The XE performs well here. It’s perhaps a little conservative in its styling, with hints of the Audi A5 at the back and 3 Series when viewed head-on, but the steep A-pillars enhance the length of the bonnet and give it a silhouette closer to a coupe than a conventional saloon. Could Jaguar have been a little more daring? Perhaps, but you’d be hard pressed to argue with the way it looks.

There is a compromise, though. Rear-seat occupants aren’t as well catered for in the XE as in other cars – there’s enough headroom, but the rake of the C-pillars makes the back of the cabin feel quite claustrophobic. It falls down on details in the front, too; occasionally unintuitive in layout, with material quality that’s a generation behind the C-Class or new A4 and a dated low-resolution screen between the dials.

None of this detracts from the driving experience. The XE wraps front seat occupants in dashboard like they’re in an F-Type, and the front seats on R-Sport versions offer lots of support without being uncomfortable after a few hours behind the wheel. There’s a natural, mechanical feel to the weight and responses of the steering which makes this a real driver’s car, and it grips and corners like something much smaller.

If there’s any criticism to draw, it’s engine refinement. The 2.0-litre diesel is one of JLR’s new ‘Ingenium’ units, similar to the engines used in the recently updated Discovery Sport and Evoque but producing 178bhp instead of 188bhp. Yet it feels like a different engine, firing up with a thump through the cabin and only really quietening down at high speeds. Land Rover has done a better job of silencing it – the difference is marked.

Noise aside, though, it’s on par with the rest of the compact executive set. It accelerates swiftly and smoothly through its seven gears, it’s quick to find high or low ratios when either are needed, and fuel economy of between 50 and 55mpg is typical on long trips, depending on its multiple driving modes.

Ironically, they’re all qualities you can find elsewhere. The XE’s foundation is its ability to offer most of the same functionality and creature comforts as its rivals, yet it manages to bring a fresh sense of style to this segment. Not only for the compact executive saloons, but for Jaguar. It’s a familiar ownership experience, with something different over the top.

Stylish, great fun to drive and convincingly more coupe-like than other saloons, the XE is a thoroughly likeable car which, in R-Sport spec, is very competitive with rivals. Choosing a compact executive saloon has never been harder.