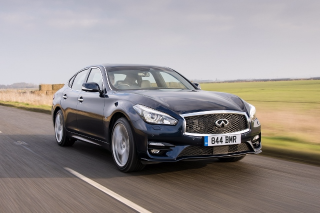 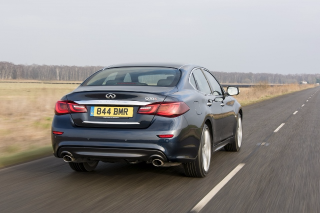 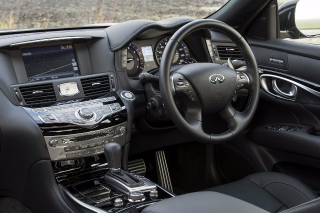 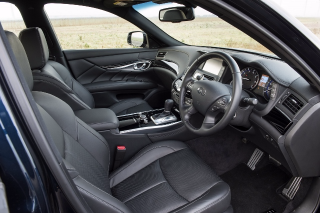 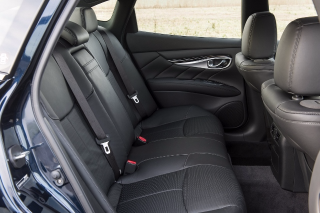 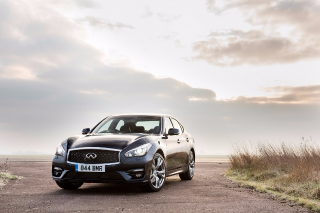 Infiniti might be shifting a fraction of the volumes of the German premium brands, but there are signs that it’s steadily making moves into one of the toughest parts of the market to crack.

A lot of that will fall on the Q30 and QX30, its European-focused hatchback and the crossover that’s based on it, but its traditional range of large petrol and performance hybrid saloons is evolving too. Particularly with the Q70, which is now aimed squarely at the core of this sector.

Hardly a common sight beforehand, few will notice 2015’s exterior tweaks to the executive saloon. Light reshaping of head and taillights, bumpers and new wheels has sharpened the Q70 rather than reinventing it altogether. It’s the engine options which have come under the most scrutiny.

At the entry point of the range, Infiniti is now utilising a 168bhp 2.1-litre four-cylinder diesel, sourced through the Renault-Nissan Alliance’s ongoing partnership with Daimler. It’s the first diesel to come anywhere near making sense for fleets – the outgoing V6’s 199g/km CO2 emissions put it far out of leftfield – and it makes much more sense than the comparatively expensive hybrid which, until now, was the most efficient part of the range.

The lack of a manual gearbox means this isn’t the cheapest in its class, but the £33,400 start price puts Infiniti alongside the equivalent A6, 5 Series, E-Class and XF. Standard equipment is generous, too, including satellite navigation on all four trim levels which can be equipped with this engine.

Better still, the Q70 doesn’t feel underpowered as a result of its drop in engine capacity. It delivers long and lethargic wafts of acceleration through the automatic gearbox, with fuel economy not far out of step with its rivals. The downside, though, is it’s a rough-sounding engine in Daimler vehicles and it’s just as coarse in the Infiniti – albeit less so than in the Q50.

It’s perhaps not quite the adrenaline rush that Infiniti seems keen to mark it out as. The Q70 is an able long-distance cruiser with respectable ride quality on large wheels and plentiful interior space, rather than a driver’s car. It feels muscular from the driver’s seat, staring down the raised tops of the wings, but ultimately a little heavier and less agile than a 5 Series.

The new engine is also a little way behind the pack with its CO2 emissions. At 128g/km, the Q70 is way back where Jaguar had been until earlier this year, which could curb its corporate appeal, the dashboard is a little fussy to operate and there’s no option to move into an estate. However, there’s more boot space in this than there is in the hybrid, which loses load area for its battery.

Overall it’s a definite step in the right direction for the Q70, albeit one which is still not quite there. It’ll take an all-new car and fresh engine options to put Infiniti up with the class front-runners, but at least it’s now it's on the same page.

A viable diesel option can only help Infiniti in this class. But it’s still taking on established rivals with a reduced model range, remaining an option for those who don’t want to tick an often-ticked box, and prepared to pay the extra to do so.