There’s room for a whole lot of life in the latest Jazz, says Alex Grant. 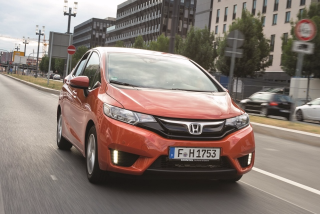 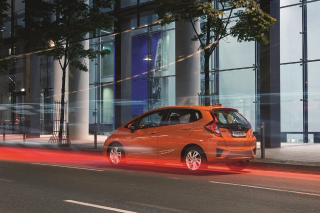 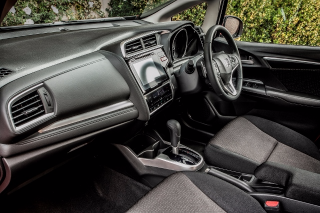 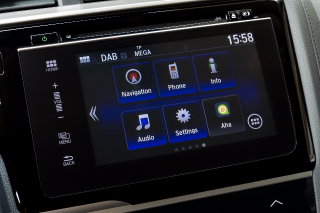 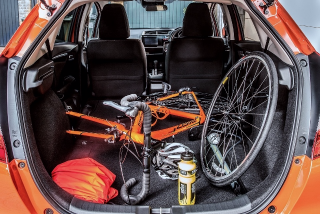 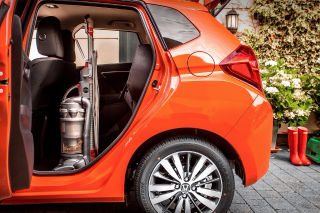 A little like the musical genre it’s named after, the Honda Jazz has carved out its own little niche of the automotive sphere. Compact, versatile and with an enviable reliability record – though that latter point is probably influenced by the customer base and average mileage – it’s a clearly defined product with plenty of loyalty behind it.

Deservedly so. The Jazz fits into the standard supermini footprint, at just under four metres long, but Honda’s priority of cabin space – a little like an MPV – means most of that is used for the cabin and luggage. There’s a slight increase in wheelbase and overall length this time, and that’s been used to give it even more capacity – Honda says passenger space is best in class, and the cabin is so well glazed and tall that it certainly feels that way.

It’s a much neater design inside, too. The dashboard features a large gloss black centre stack, from behind which the touchscreen-operated infotainment and climate control functions appear. As is often the case, there’s a lot now riding on the infotainment display. Honda Connect is introduced from the SE spec upwards, and gets navigation for an extra £600. It’s fairly easy to use at the top level, helped by smartphone-influenced pinch-tap-swipe controls, but gets a bit complicated once you drill down through the menus. The Garmin-supplied satellite navigation is a huge improvement over the old Honda system, though.

In a similar move to the Civic, someone at Honda was bright enough to realise that the space under the front seats is far less valuable than what’s under the rear bench. So the fuel tank is under the driver and passenger, which is the defining feature against other superminis. This means the rear bench base folds upwards, a one-handed operation, in turn enabling boxes to be stacked in a large space behind the front seats – an area now 55mm longer than in its predecessor – while still leaving the boot free and sealed.

The bench base also tucks away as the backrest tumbles forward, flush with the boot floor, and the passenger seat tips back to accommodate loads of almost 2.5 metres in length. For such a small car, the Jazz packs some incredible versatility.

Engine options comprise a single 100bhp 1.3-litre petrol with a choice of six-speed manual or continuously variable transmission (CVT). It’s the latter which is the more fuel-efficient, returning 57.6mpg and emitting 114g/km CO2, but this does add £1,100 to the P11d price. Honda says around 45% of UK customers opt for the CVT, which is above segment norms, but there’s no demand for the diesel engine in this model.

A CVT is an acquired taste, best suited to gentle-footed town driving where it keeps the revs low and is a lot smoother than a dual-clutch or conventional automatic gearbox. Even with the stepped ratios, it’s prone to droning under heavy loads, particularly in the dubiously named Sport mode. But, as slow as it might be to get there, the Jazz makes a very comfortable high-speed car, coming close to its combined cycle fuel economy without much work and riding well over bumpy roads. There’s a lot of wind noise around the windscreen, though.

The Jazz set out its stall years ago, and a little like the musical genre it’s progressed rather than re-written the rules altogether. Instantly recognisable and still just as clever, those loyal customers will find everything they’ve loved is alive and well in the latest generation.

Part supermini, part MPV, the Jazz is an excellent load-carrier which makes clever use of its available space. A neater dashboard design and more modern styling, as well as some garish colours, could help give it a broader appeal.

Previous: Fuel Card Services to show how easy it is to reduce fuel costs at Silverstone Fleet Show
Next: David Jewell retires from Vertu Group Fleet