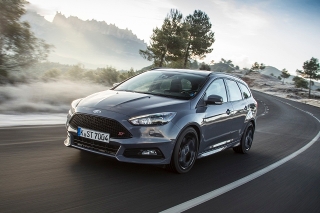 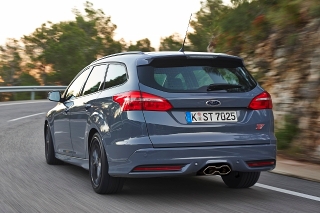 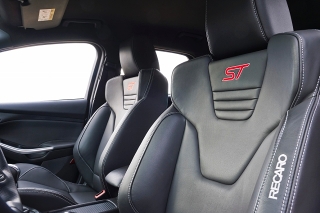 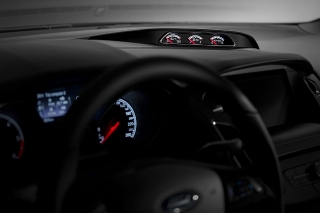 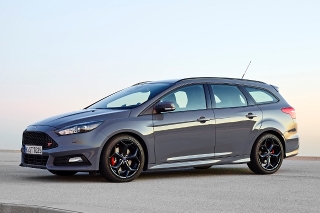 XR, ST, RS, Cosworth – Ford has an impressive history of bringing performance to the masses. An iconic lineage which the first diesel-powered Focus ST will be looking to continue, particularly with user-choosers.

It’s an easy business case. The Golf GTD has had widespread popularity with a heavily fleet-weighted sales mix, and most of Ford’s rivals – including premium brands – have an equivalent product. Efficient for wherever the journey takes you, but fun for the trip back home, it’s an appealing offer, particularly with the Focus ST’s optional wagon bodystyle.

Power comes from a retuned version of the 2.0-litre diesel used in the Mondeo, with a sports exhaust and intake system lifting power to 182bhp. It gets the same short-throw, short-ratio gearbox and suspension and brake upgrades as the petrol version, but with a significant efficiency improvement; 67.3mpg with 110g/km CO2 emissions, compared to 41.5mpg and 159g/km for the petrol version.

It feels sporty even at slow speeds. Firmly sprung and with a reassuring weight to the steering, pedals and gearchanges, it also features some of the best seats in its class and a dashboard wrapped around the driver. The latter is much improved by the SYNC 2 touchscreen and de-cluttering from the new Focus.

Thankfully that sensation doesn’t disappear when the road ahead permits. The diesel engine produces 64bhp less than the petrol ST, but the extra 30lb/ft of torque delivered right in the middle of the rev range means in-gear acceleration feels almost as muscular as its sibling, albeit for shorter bursts.

But this isn’t a particularly refined diesel engine. Volkswagen’s equivalent is considerably quieter at all speeds and, although the ST has a bespoke sports exhaust system, the Focus doesn’t have a sound actuator like the Golf GTD to fake a petrol-like soundtrack. There’s hardly any vibration through the cabin, but it’s noisy enough to be a constant reminder that this isn’t a petrol ST.

Otherwise, it masks the extra weight and slightly blunted performance very well. Ford’s torque vectoring system, which brakes the inside front wheel while cornering, helps to make the most of the Focus’s excellent chassis, and the ST responds quickly and confidently to steering, throttle and brake inputs. It feels like a proper hot hatch.

However, it’s also excellent at covering long distances. It’s quiet and just about softly sprung enough not to be tiresome at high speeds, and fuel consumption of between 55-60mpg is easily achievable. The wider wheels and recalibrated steering setup does give it more of a tendency to grab at bumps in the road, though, and the turning circle is noticeably larger than the rest of the range.

There are a compromises for the advantage of diesel economy in the Focus ST, but they’re small. This opens new doors for the brand’s sportier side in fleet, without dampening the identity of the petrol version – it’s a genuine fast Ford with huge potential as a company car.

Aggressive to look at and great to drive, the diesel-powered Focus ST makes a very desirable company car option, particularly as price parity for the two enables drivers to take full advantage of its relatively low CO2.