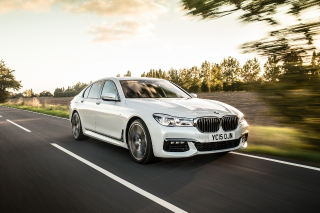 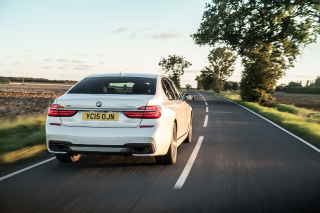 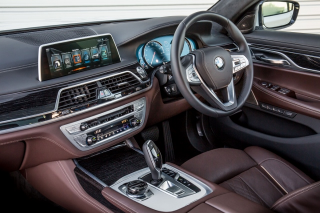 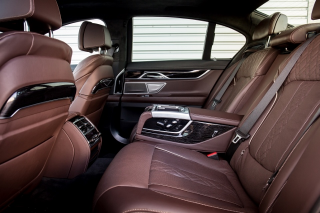 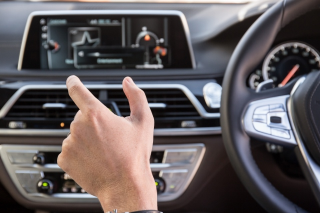 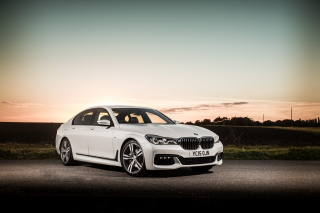 The BMW 7 Series’ biggest problem has always been the Mercedes-Benz S-Class. While BMW tended to pitch its big saloon as the drivers’ choice in the sector, the Mercedes-Benz stuck to its tried and trusted formula as a corporate wafter. The result is that the S-Class is the ubiquitous choice and the BMW something of an afterthought.

So after years of banging its head against the glass ceiling, finally BMW has changed its strategy and gone for a car resolutely aimed at those in the back, rather than in the front.

That’s not to say this is merely a bloated barge with some big sofas in it though. It’s a technological tour de force, with its body partially made of carbon fibre to save weight, laser headlights, some innovative autonomous driving features, adaptive suspension and a range of internet-based systems that effectively turn the car into a boardroom on the move.

And that is where most of the vast amount of attention has been lavished, for this new car is a phenomenal place to sit and muse your next takeover or buyout. Seemingly no expense has been spared, with a new line of even higher quality leathers and trims than before and fine stitching that would make a Bentley craftsman weep. While the S-Class cabin is more baroque, shiny and ostentatious, the 7 Series is sharp, muted and more corporate.

Seats massage in all manner of direction and strengths, while there is even a workout routine for the stressed backseat exec. Such is a level of luxury BMW has lathered on this car, that you can heat up various armrests, should individual elbows be feeling the cold.

Some of the technology seems clever, although not obviously solving a problem that previously existed. The swipe recognition function for the driver, for example, works perfectly well for taking and ending telephone calls, once you get the hang of where to put your hand in thin air for the sensors to register the movement, but is it really noticeably easier than using buttons? Probably not.

But as has always been the case with the 7 Series, it tends to be an early adopter of technology that then finds its way into other cars in the range, with more useful developments. The key, which is about the size of a small phone, with its own screen for remote functions, can be used to reverse the car and out of tight spaces, with driver and occupants stood outside looking on.

As for the way it drives, should the mood take? Well, it feels much more wafty than previously, while the latest generation of 265bhp three-litre straight six diesel engines work with a seamless gearbox to provide power that barely intrudes on the occupants’ serenity. If you really want to know, the 7 can still get up a mountain road at a rapid rate, and would leave an S-Class wallowing. But it is now far closer to its rival in everyday plush, relaxed living.

The intent of this car to attract fleets and business customers is also evident in the excellent running cost package BMW is offering. Mindful that these cars often run outside of the profiles leasing companies are comfortable with, BMW has put together a Chauffeur Programme with a four year/120,000 mile finance package that includes like-for-like replacement car in many situations and out of hours servicing.

The price is competitive too, all things being relative of course, and the 7 Series comes well stacked with pretty much everything you could want in a car of this type for its £64,530 base price.

Finally a 7 Series that has been pitched perfectly at its target market, with some attractive pricing plans for fleets too. It’s a luxurious, beautifully built limousine for lounging in, rather than the massive sports car of previous incarnations.