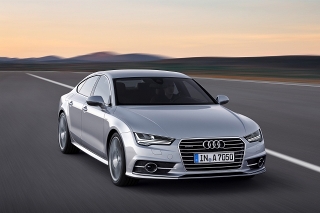 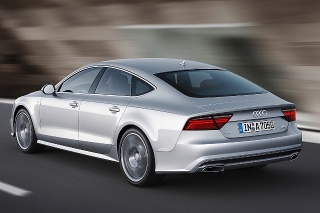 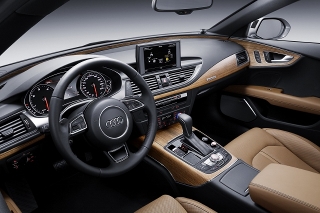 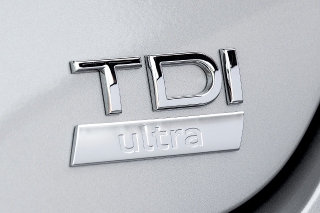 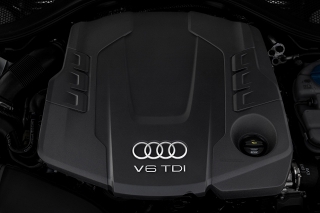 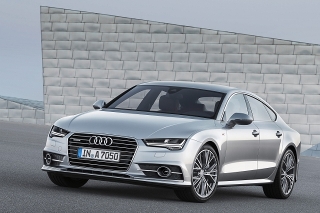 There’s plenty of direct rivalry between even the niche models of the ‘Big Three’ German premium manufacturers, but the Audi A7 Sportback is a difficult car to pigeonhole. Now the latest member of Audi’s efficiency-tuned Ultra line-up, it’s taken a unique route here too.

Still a relatively uncommon sight in the UK, last year’s refresh of the five-door coupe was a subtle one, but the slimmer headlights and new tail lamps with scrolling LED indicators resulted in a car which looks much more like an A6 liftback than its predecessor. This might be a bodyshell which has hardly changed in five years, but only a few interior parts let its age slip.

It’s also very different to its nearest competitors – more svelte than the bulky 5 Series GT, and more practical than the four-door CLS-Class offered by Mercedes-Benz. That’s particularly true of the Ultra, which is the only one of the three not to target low CO2 emissions by shedding cylinders. There’s a V6 diesel engine under the bonnet.

As in the A6, the Ultra drivetrain is offered in two versions. The generously equipped SE Executive starts at £45,230 and includes most of the standard equipment and luxuries a travelling executive could want, and there’s an S line trim above it. The latter adds 20-inch wheels over the SE Executive’s 19s, sports seats and the clever Matrix LED headlights which can selectively dip parts of the full beam to avoid dazzling other road users.

It’s the latter that’s likely to take the larger share, though this does come at the cost of the A7’s headline fuel economy figure. S line versions drop slightly, from 58.9mpg to 57.6mpg, with a one-group uplift in Benefit in Kind resulting from the 4g/km rise in CO2 to 128g/km. Not that either are a deal-breaker for those in the market for a car at this price point.

Six cylinders might sound like a compromise, but the A7 is an impressive package. The single-turbo V6 TDI engine produces 215bhp with almost no diesel clatter, sprinting effortlessly to motorway speeds through its seven-speed dual-clutch gearbox. Once cruising, it’s easy to achieve over 50mpg without slimming back on creature comforts to get there. There’s so much power and torque on tap that the engine barely feels like it’s ticking over when it’s on the move.

However, that may be a tough conversation to have with potential customers. Fleets have become used to the default four-cylinder diesel engine and the A7 may be impressive, but it’s also slightly out of step with the norms here. Especially as the A6 Ultra – a car built on the same platform – uses the 2.0-litre TDI to great effect.

Considering the menial drop in power – 188bhp versus 215hp for the V6 – the smaller engine wouldn’t have felt undersized in the A7. Plus, that aerodynamic coupe shape would be unlikely to affect the A6 Ultra’s 110g/km CO2 emissions too heavily. Considering there’s a price difference of £4,600 between the two engines in the A6, comparing S tronic versions, a 2.0 TDI A7 could have made even better financial sense.

A genuinely efficient long-distance cruiser with plenty of power, but shedding a couple of cylinders could have offered a significant whole-life cost advantage and really broadened the A7’s appeal.