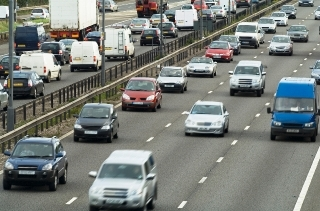 His comments come as Transport Scotland publishes its 2015 Road Safety Framework Annual Report, which outlines the progress made in the last 12 months towards government targets in this vital policy area.

Figures released by Police Scotland show that the number of drink-driving offences in Scotland have fallen by 12.5% from December 2014 to August 2015, compared to the same period the previous year. In real terms, this is a fall from 4,208 to 3,682 offences.

The report also outlines dramatic improvements in driver behaviour on the A9, with levels of excess speeding reduced substantially following the introduction of average speed cameras. Excess speeding (at 10mph or more above the speed limit) is down by over 95%, compared to the levels seen prior to the cameras being in place. Surveys of A9 users carried out in the spring of 2015 indicate that 70% of those interviewed felt safer, were less likely to speed and less likely to have an accident than was the case previously.

The report also outlined the progress made with road safety targets to 2020.

Although the Scottish casualty figures for 2014, the latest year for which official statistics are available, show a 16% rise in road fatalities compared to 2013, the figure has decreased by 31% since 2004-08; exceeding the rate needed to meet the 2020 target of a 40% reduction.

Reported seriously injured casualties have fallen 35% since 2004-08, with Transport Scotland saying the 2014 level remains above the milestone but continues a general downward trend towards the target of a 55% reduction by 2020.

Mr Mackay said: “The publication of this annual report shows we are doing the right things, at the right time, in the right place as we continue to press hard for improvements in Scotland’s road safety record. Preventing loss of life on our roads is a shared responsibility and Scottish Ministers remain resolute in our efforts to drive down risks.

“The Annual Report also demonstrates the vital work carried out by our road safety partners – their contribution is testimony to our collaborative approach. It is only by working together we will achieve the ultimate vision of a future where no one is killed on Scotland’s roads, and the injury rate is much reduced.”

Previous: New sentencing guidelines for safety breaches place extra onus on fleets
Next: Fuel Card Services to show how easy it is to reduce fuel costs at Silverstone Fleet Show