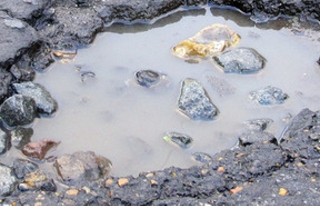 The London region had the highest proportion of its principal network that should be considered for maintenance of all the English regions at 12%. London LAs also reported the widest range of proportions, from 4 to 24%.

Data collected via different methods showed that 18% of the unclassified road network should have been considered for maintenance in 2013/14, the same as in 2012/13 but 3 percentage points higher than in 2007/08. In response, the AA said that it believes that a great proportion of motoring taxation should be ring-fenced for road improvements.

Edmund King, AA president, said: “Motorways and trunk roads generally have got worse in the last couple of years with 3% of motorways and 5% of A roads needing maintenance. AA patrols have reported more motorway defects as there has been a policy shift whereby motorway potholes are ‘saved up’ until there is a stretch that needs repairing rather than individual defects. Drivers and more importantly motorcyclists can’t assume that motorway surfaces will always be smooth. Nor can they assume that skid resistance has improved in the last couple of years as 12% of A roads and 5% of motorways now have skidding resistance at or below investigatory levels.”

He added: “There is a certain irony that the London region has the highest proportion of its principal network that should be considered for maintenance of all the English regions at 12% because London has the busiest roads and the greatest proportion of two wheelers who are at greatest risk from potholes.

“At local street level, AA members in our Populus polls say many local roads remain perilous and have gone to pot,” said King.

“The Government has had to pump extra funds into filling the potholes and trying to catch up with the road maintenance that should have been done years ago. There is a bitter irony that huge amounts of public money have had to be set aside for roads during a period of austerity – after road maintenance was cut back during the boom times before the credit crunch.

“This must not be allowed to happen again. A greater proportion of fuel duty should be ring-fenced and spent on roads.”