Rivus Fleet Solutions has announced that it’s recruiting a new CEO for the business as Henry Brace steps down. 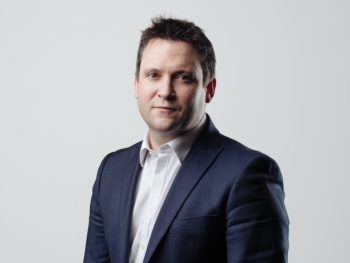 Henry Brace has stepped down as Rivus Fleet Solutions CEO

Brace assumed the CEO role after Rivus – formerly BT Fleet Solutions – was acquired by Aurelius Equity Solutions from BT Group, and led the business through the sale process. His involvement with BT Fleet Solutions, however, stretches back more than six years, including roles such as finance director, chief operating officer and chief executive officer.

Brace’s new position is not known, with Rivus just saying he was stepping down to pursue new challenges and opportunities.

Dr Magnus Zuther, managing director of Rivus Fleet Solutions, added: “Henry has made a significant contribution to the business and I wish him every success in the future.

“We are currently in the process of recruiting a new CEO for the business. In the interim period the business will be led by the existing executive team, alongside the senior Aurelius operations members, in line with the current business model.”

Speaking at the time of the BT Fleet Solutions acquisition, Aurelius said that it was planning to take the company further by expanding on its market position and driving growth in the business, including via product expansion opportunities; both organically and through acquisition.

Since then, Rivus – named after the Latin word for ‘river’ and chosen to reflect the comprehensive nature of the firm’s fleet management services – has announced two major contract wins: Kier Group and Highways England.