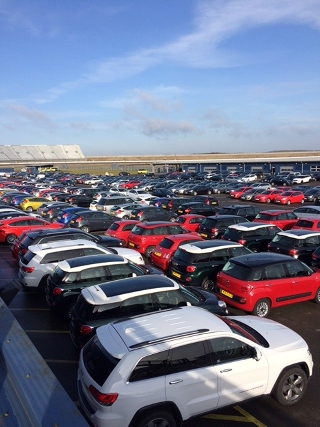 As a result, the firm says pressure on used values for such vehicles is increasing.

According to Glass’s Radar sales tracking product, the number of sub-one year old cars sold in the UK during March was 91% higher than six months ago, in October 2014.

Rupert Pontin, head of valuations, said: "While you would generally see an increase in sales of this type between October and March, this is much higher than we would expect.

"While some of these are early PCP returns, the unavoidable conclusion, based on what we are seeing in the market, is that the vast majority of these are pre-registrations.

"It is no secret that most manufacturers have set some very ambitious new car sales targets for this year and, while the market remains strong, there is simply not enough demand to make them attainable in many cases. Hence the number of pre-regs that we are seeing."

He added that Glass's was finding that franchised dealers and other retailers of cars in this area of the market had more than enough stock of late plate vehicles, especially as new cars were so financially appealing for customers at the moment.

"As a result, the conversion rate at manufacturer and closed auctions for this kind of car are falling quite noticeably. Demand for any almost any model at less than two years old is weakening by the day."

Rupert said that the situation was unlikely to rebalance in the short-medium term as pressure to continue to pre-register would continue.

"The new car sales targets that have been set are high throughout the whole of 2015 and, unless demand increases, which seems unlikely to us for a whole host of reasons, the only way to meet them will be to continue to pre-register.

"The likelihood is that pressures on values of this kind of car will remain for some time to come. Only if and when more realistic targets are set by manufacturers will the situation change."