Smartphone apps which enable drivers to control vehicle functions remotely are vulnerable to a number of security threats, according to new research. 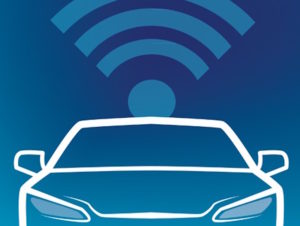 The seven carmaker apps all contained security flaws which could be used to hack vehicles.

Russian cybersecurity research unit Kaspersky Lab researchers examined seven apps which, according to Google Play, have been downloaded tens of thousands, and in some cases, up to five million times.

The research found that all contain a number of security issues that can potentially enable an attacker to gain control over the car, unlock the doors, turn off the alarm and, theoretically, steal it altogether.

Kaspersky Lab said in each case the attack vector would require some additional preparations, like luring owners of applications to install specially-crafted malicious apps that would then root the device and get access to the car application.

However, it added  this is unlikely to be a problem for criminals experienced in social engineering techniques, should they decide to hunt for owners of connected cars.

Victor Chebyshev, security expert at Kaspersky Lab, said: “The main conclusion of our research is that, in their current state, applications for connected cars are not ready to withstand malware attacks.

“Luckily, we have not yet detected any cases of attacks against car applications, which means that car vendors still have time to do things right. How much time they have exactly is unknown. Modern Trojans are very flexible – one day they can act like normal adware, and the next day they can easily download a new configuration making it possible to target new apps. The attack surface is really vast here.”