The UK Government must commit to medium and long-term goals for sustainable transport and air quality improvements following the Brexit vote, a new report has said. 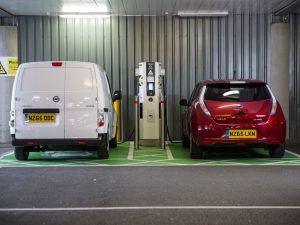 Issued by the Environmental Audit Committee, the report expressed concern that all departments are “weakening” their reporting of achievements and targets for sustainability, and said the UK should continue to aim for European air quality standards, despite the Brexit vote.

It also encouraged the Department for Transport to focus on the health benefits, rather than economic advantages, of future investments. The DfT is also advised to set out a clear post-2020 plan for ultra-low emission vehicles, to give a clearer remit for local governments to invest in sustainable transport, and to investigate whether it should take legal action against Volkswagen following the ‘Dieselgate’ scandal.

Mary Creagh MP, Chair of the Committee, said: “With the vote to leave the EU, there’s a material risk to our air quality targets. At the very least, the Government should commit to keeping existing European air quality standards. We also want the Department to work with the Treasury, Health and Local Government Departments to ensure the benefits of clean air are properly costed in transport investment decisions.

“The uptake of ultra-low emission vehicles like electric cars, is too low to meet the UK’s climate change targets at the lowest cost to the public. Air quality targets that were supposed to be met in 2010 won’t be hit until 2020 at the earliest. And it’s been almost a year since we discovered VW had fitted cars with cheat devices, but government has still to decide what action to take against the company.”