Renault has simplified its Clio, Captur and Mégane line-ups with a new three-trim format to make vehicle choice easier and offer better value. 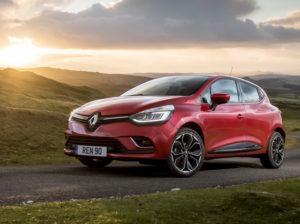 The Easylife scheme brings increased value and simplicity for the Clio, Captur and Mégane ranges

The new scheme – dubbed EasyLife – distils the trim line-ups for the three models down to Play, Iconic and GT Line versions; the Clio and Captur having previously offered five choices while Mégane and Mégane Sport Tourer had six. It also simplifies the price walks between the trim levels while also reducing the number of engines available and offering extra equipment.

The Mégane and Mégane Sport Tourer range are available with a choice of either TCe 130 with six-speed manual or seven-speed EDC (Efficient Dual Clutch) automatic or dCi 110 with six-speed manual or six-speed EDC automatic. The Mégane is now priced from £17,315 OTR and Mégane Sport Tourer is now priced from £18,515 OTR, £475 and £335 less than the previous entry versions respectively.

Models also get extra equipment; Renault says spec-for-spec reductions are up to £1,755.