Renault has revealed UK pricing and specification for the new Captur small SUV, available to order now, with prices from £17,595 OTR and first customer deliveries in March 2020. 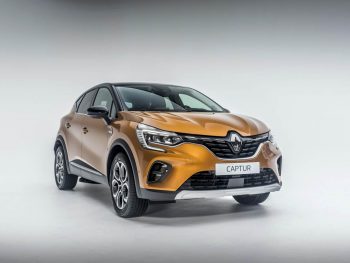 The new car is available in three trims, Play, Iconic and S Edition, with petrol and diesel versions initially along with an “E-Tech” plug-in hybrid joining next year.

Other engines include the TCe 130, TCe 155 and diesel engines based on a 1.5-litre four-cylinder unit. The dCi 95 outputs 95hp and 240Nm and is only available with a six-speed manual gearbox, while the dCi 115 offers 115hp and 260Nm and can be specified with either a six-speed manual or seven-speed EDC automatic.

The forthcoming plug-in hybrid pairs a 1.6-litre petrol engine with an electric motor and 9.8kWh battery to provide up to 28-miles electric range and up to 83mph in electric mode. While fuel economy and CO2 have not yet been made available, they should be of interest to fleets. Also of note is that the Captur is built on the same CMF-B platform as the new Clio and Nissan Juke, so it’s plausible the Juke will receive the same treatment in time, which it has alluded to but not yet confirmed.