The first minister’s decision to reject plans for an M4 relief road will cost the Welsh economy hundreds of millions of pounds in lost investment, according to FTA. 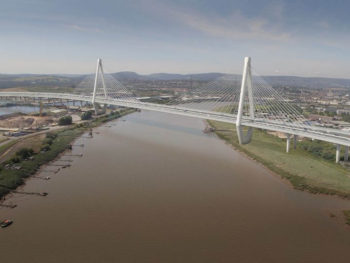 The M4 relief road project would have included a 2.5km long bridge over the river Usk

Reacting to the news, the organisation is frustrated that plans for a ‘Black Route’, designed to tackle the road congestion, has been rejected.

Sally Gilson, head of Welsh Policy at FTA, commented: “As the organisation representing the UK’s logistics sector, FTA is urging the first minister to reconsider his decision; the construction of a ‘Black Route’ is the only option for the Welsh economy and its citizens.

“The M4 is a vital stretch of infrastructure with international economic importance, yet it is blighted by heavy congestion. FTA’s members have consistently evidenced the urgent need to tackle these congestion issues; it is frustrating that the opportunity to deliver this essential investment into South Wales’ infrastructure has been missed.”

Ms Gilson continued, “The first minister’s decision will cost the Welsh economy hundreds of millions of pounds in lost private sector investment; as per the Welsh Government’s own assessment, it would have delivered £2 for every £1 invested. By improving the air quality around the Brynglas tunnels and tackling the road congestion through Newport, it would have also benefited local citizens.”