Reduction in road casualties in pandemic ‘must not be one-off’

Fatal and serious collisions in Great Britain dropped by more than a fifth (22%) in 2020 but there have been calls for the reduction during the pandemic to not be a one-off. 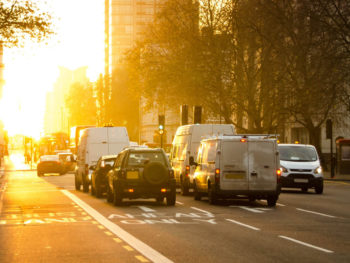 The falls in road casualties and fatalities are in line with the 21% decrease in road traffic over the same period, due to the pandemic

The newly published provisional data from the Department for Transport shows there were an estimated 23,486 killed or seriously injured (KSI) casualties last year along with a total of 115,333 casualties of all severities, a decrease of 25% from 2019. The falls are in line with the 21% decrease in road traffic over the same period, due to the pandemic.

Overall, there were still an estimated 1,472 reported road deaths in 2020.

The data also reveals that all reported fatalities by road user type declined with the exception of cyclists, where the number actually went up by 40%; likely as people switched from cars to bikes. Cyclists also saw the smallest reduction in casualties, down by 4%.

Edmund King, AA president, said: “If we are to achieve zero road deaths by the end of the decade, we must ensure this overall reduction is not a one-off.”

He added: “It is staggering that with car traffic down to as little as 22% of pre-lockdown levels and the big increase in protected pop-up routes, the level of cyclist casualties was so high. This points strongly to the need for better engineering, more education and more cops in cars to help eliminate road deaths. We will continue to push our ‘Think Bikes!’ campaign so that drivers take more care around cyclists.

“Regardless of how we use the roads, we all have a responsibility to one another to ensure people can travel safely.”

Neil Greig, IAM RoadSmart’s director of policy & research, also called for the Government to “show real leadership and push road safety up the political agenda if we are to see real, sustainable return of year-on-year improvements”.

He added: “While the reduction in deaths comes after eight years of flat lining with no improvement in Britain’s road safety performance it means we are now bottom of the international league for rate of improvement. However, 2020 presents an opportunity for the Government to get its new road safety strategy in place and ‘build back safer’ for all road users.”

Greig also called for the Government to issue road safety figures more frequently so that informed decisions can be made, and said any new road safety strategy must be “well-funded to ensure long-term investment in safer roads, better facilities for vulnerable road users, fixing potholes and delivering more traffic police to raise the fear of being caught”.

He continued: “Lockdown showed that investment in road policing could help catch those criminals who continued to speed and drive under the influence.”

Transport for London (TfL) has also published its own data, revealing a continued decline in deaths and serious injuries on London’s roads during coronavirus, with a 21% decrease over the year.

But despite the decreases, 96 people were killed and 2,974 people suffered serious injuries on the capital’s roads, and TfL said continued action is needed to achieve the Mayor’s Vision Zero goal of eliminating death and serious injury from the transport network.